Nkhotakota is located about midway down the western side of the long, narrow lake that stretches from the north to the south of Malawi. It was a long trip from the north of the country, where we had crossed the border from Tanzania the day before. Due to some unforeseen delays in the morning, we decided to split into two groups and send the Land Cruiser (aka The Beast) ahead with all of the equipment. It was a good thing we did, because they arrived at the bustling Chisote Trading Center in Nkhotakota with barely enough time to set up. Short-handed, they had to be extra-productive, but with the light of the car, they were able to complete the job in record time. The market-goers quickly became more interested in the giant screen that was going up and by the time the Ghana-Portugal match started, there was a crowd of more than 500.

The second team, following behind in the Land Rover (aka Landy) had a slightly more leisurely drive, knowing that they wouldn’t make it in time to help with the set-up, and managed to do two ball trades along the way. They arrived just in time for the second half, bringing much-needed nourishment to the A-team who had skipped both lunch and dinner in their haste to get to the location and set up in time for the match.

Our partner organization was Nkhotakota AIDS Support Organisation (NASO) and they were able to provide HIV testing on-site to 76 people, well over their 50-person target. Testing went on in their tents for over an hour after the match and there were still more people signed up for the following day. Each person tested received an information pack from us, which included condoms, a poster and a World Cup-themed informational booklet. Our partners promoted these, along with the importance of getting tested, during half time and this helped to attract many more people to get tested.

Despite a disappointing end to the match, which we all hoped that Ghana would win, the evening was a great success, with the crowd swelling to around 1000 by the end of the night. It was late by the time we packed up the last lights that had been illuminating the testing tents and we all fell into bed, glad to have a day off to look forward to the following day. 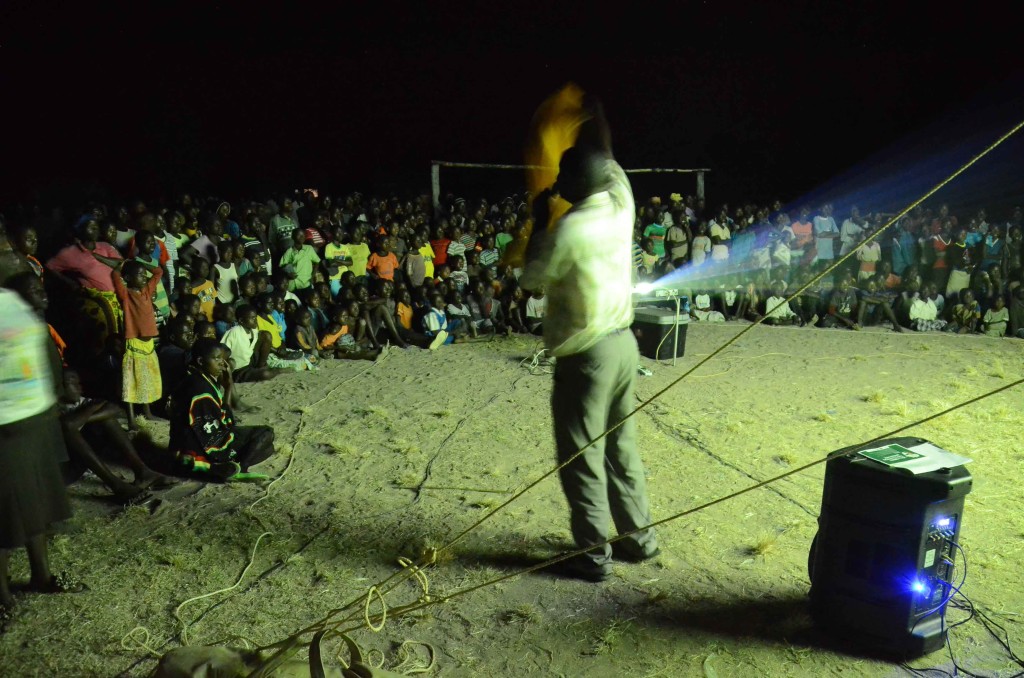