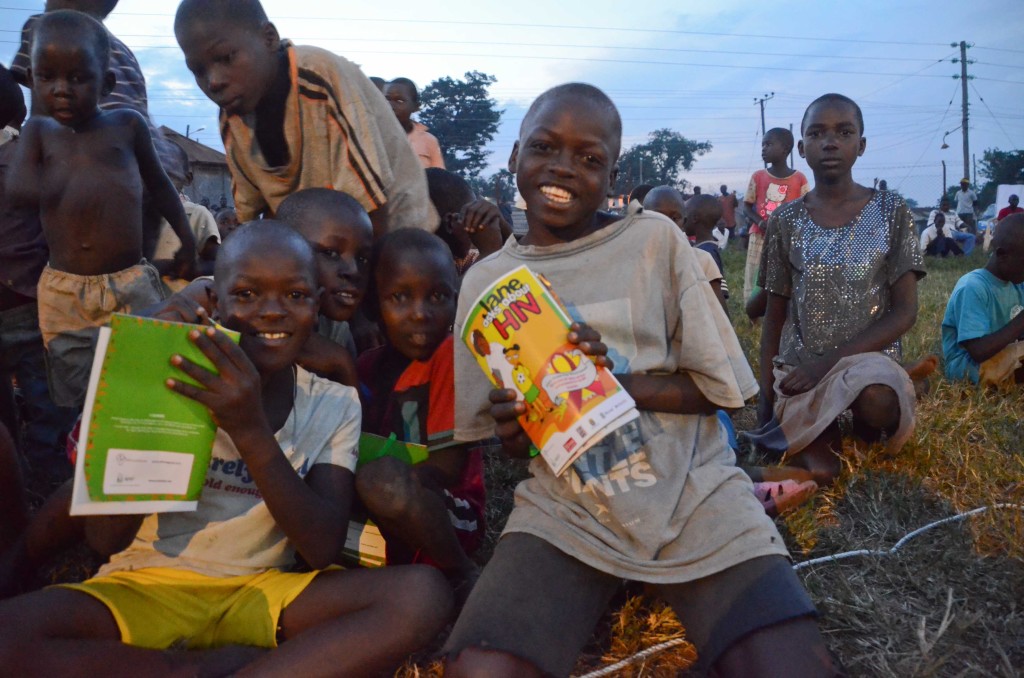 We took advantage of the bright, sunny morning to dry out all of our equipment, wash the screens which had got muddied in the storm and and reorganize everything after the slightly chaotic pack up of the night before in the rain. With everything back in order, we set off to meet with our partners from The AIDS Support Organisation (TASO). The event location was on the outskirts of Jinja at the Masese Landing Site – the main landing site for the many fishing boats in the area – easily recognizable by all the banners that TASO had put up for the occasion. It was a great venue for our first event in Uganda!

Turkeys, chickens and goats pecked, wandered and grazed around us as we set up the satellite dish, screen and projector, whilst children and adults looked on with interest. TASO had been on site for a few hours already, conducting HIV testing as well as testing for other STIs, distributing condoms and sharing HIV information.

We set the screen up without the backing so that it could be viewed from both sides – the double-sided screen worked perfectly for the location, with people being tested in a hut behind the screen still able to follow the game whilst the majority of the crowd watched from the other side – including some people watching from the village on the other side of the road. In total, around 600-700 people were watching.

By the end of the event, 93 people had accessed STI and HIV counseling and testing services and the four found to be HIV positive had been referred for treatment at the local clinic. It was a really great first event in Uganda and we were pleased that we had been able to support TASO to engage the hard to reach groups from the fishing communities. This is what one TASO representative had to say:

“We could have reached a greater number of people if we had held the event in the centre of Jinja but here we are reaching the fishermen and sex workers – they are key target groups who are usually very hard to reach so it is a great opportunity to do so”. 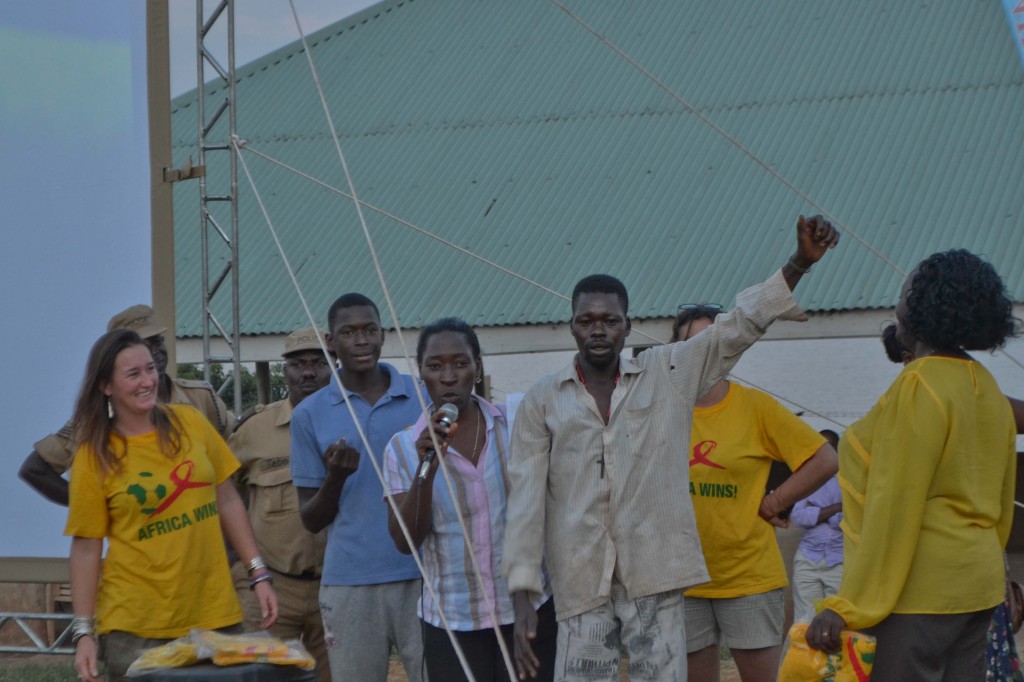