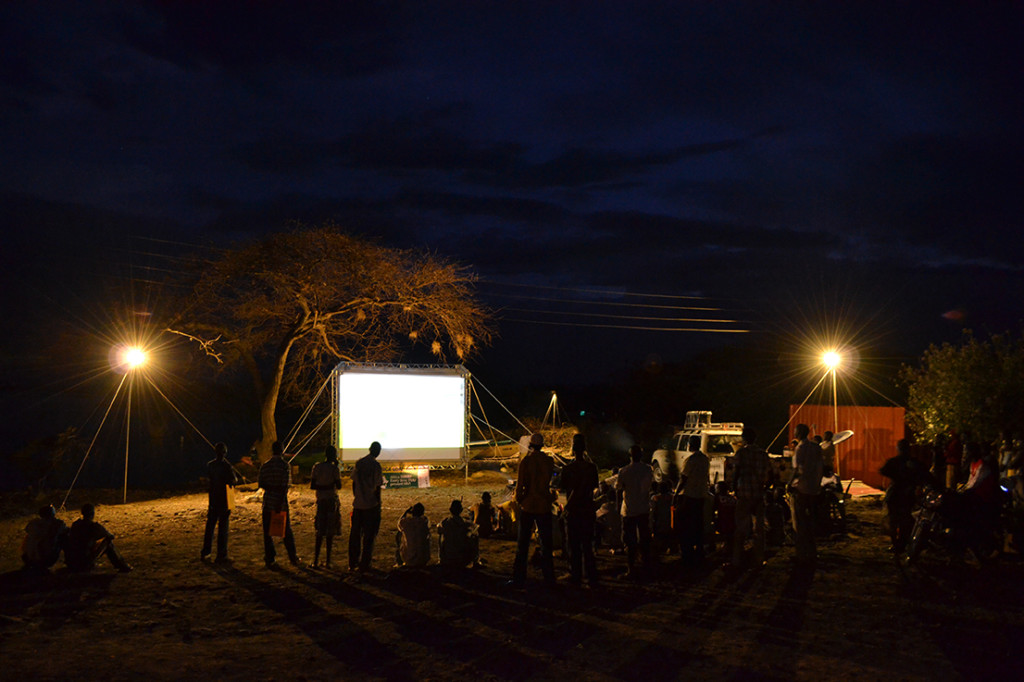 The very bumpy road to Kasarani for the match on the 12th left the Landrover a little worse for wear with a broken shock absorber so the morning of the 13th started with the team having to split – with Ben and Maciej setting off to find a garage whilst everyone else headed to Baringo for our second event. With, two members short, the set up was a bit more challenging than normal but we managed to get it all sorted in time – and even had a moment to take in the beautiful location just on the edge of the lake, near the main boat landing site for the village.

We met with the Kabarnet Talent Theatre Group and Family AIDS Initiative Response (FAIR) on arrival, as well as the PS Kenya Coordinator. More dark clouds on the horizon had the team slightly on edge – particularly when we heard about the massive storm that Ben and Maciej were driving through as they tried to catch up with us.

Ahead of the game, the Kabarnet Talent Theatre Group put together a great little skit about the importance of HIV counselling and testing (HCT) which was hugely popular with our audience members. The stigma and discrimination around HIV in Baringo was very evident and, at the start of the HIV discussions and condom demonstrations, audience members were incredibly hesitant about participating, answering questions or taking condoms. However, we had a couple of people in the audience who had been at our event in 2010 and stepped up to encourage others to engage in discussions. Once a few people had started taking part, others gained courage and the discussion gained momentum – with lots of interesting questions being asked and lots of myths and misconceptions about HIV being ‘busted’. By the end of the event, we were really pleased to see that audience members who had initially been reluctant to take a strip of condoms were asking for whole boxes!

One of the young guys who helped to get the crowd more engaged had this to say: “I came in 2010 to watch the Ghana/USA match with Africa Goal – and came again in 2014 because it’s a very informative event and a great way to enlighten people. I come for the football but I also learn something new about HIV”.

On the way out the next morning, we were pleased to see many of our bright yellow Africa Goal T-shirts being worn around the village. One man stopped us to show us the stash of condoms he had in his back pocket, telling us: “I’m protecting myself from HIV – I’ve got my weapons in my back pocket!”

Although far fewer people accessed HIV testing services in Baringo compared to Kasarani, our partners were really pleased with the outcome, recognising that twenty people over the course of a football match was surprisingly high for an area where HIV related stigma and discrimination is rife. 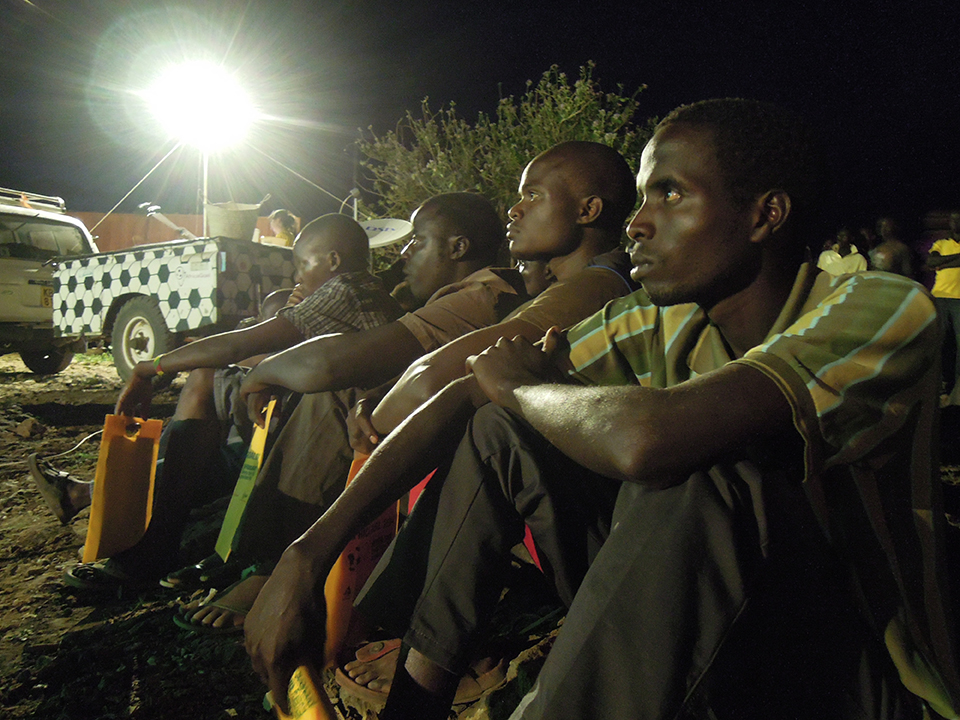