By harnessing the football World Cup as a platform to draw crowds of those most at risk of HIV infection, the Africa Goal campaign provides an unprecedented and invaluable opportunity to implement targeted HIV interventions where they will have the greatest impact.

Now approaching it’s fourth campaign, Africa Goal 2018 will build on the experiences and lessons learned from the 2006, 2010 and 2014 campaigns, following a targeted route and partnering with key local organisations. Please click on the timeline below to find out more about each of our previous campaigns.

The Africa Goal Project: 2006 – 2014
Click on the timeline below to learn more about the past Africa Goal campaigns 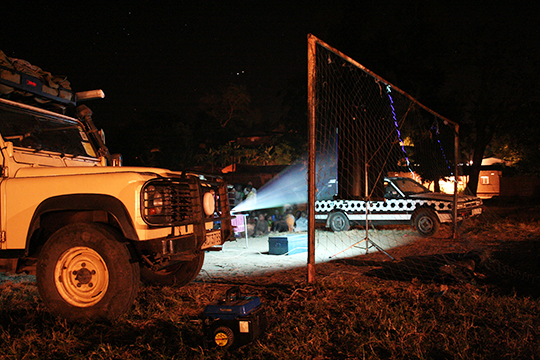 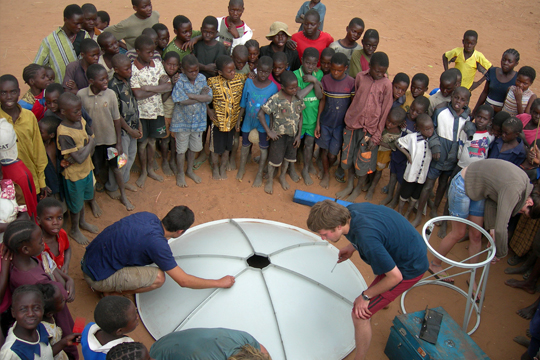 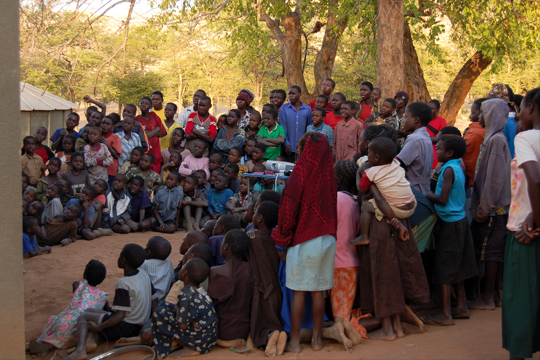 Africa Goal was initiated in the months leading up to the World Cup 2006 when a team of nine people, from diverse backgrounds but all with a desire to leverage Africa’s obsession with football and the popularity of the World cup for positive change, first conceptualized the Africa Goal project. The team traveled from Kenya to the West Coast of Namibia, projecting live World Cup matches every evening for the duration of the football tournament and combining this with HIV and AIDS information videos.

Africa Goal 2006 was made possible through generous grants from the Clinton Foundation, Tufts University and The Massachusetts College of Art. Check out the website to find out more about Africa Goal 2006. 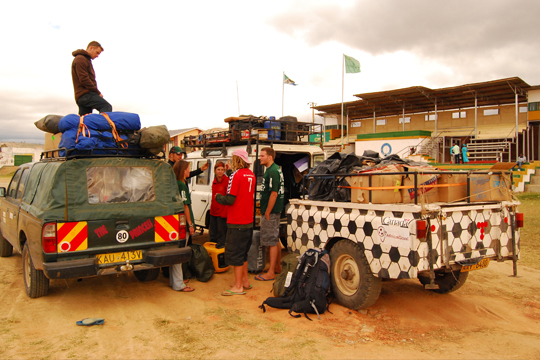 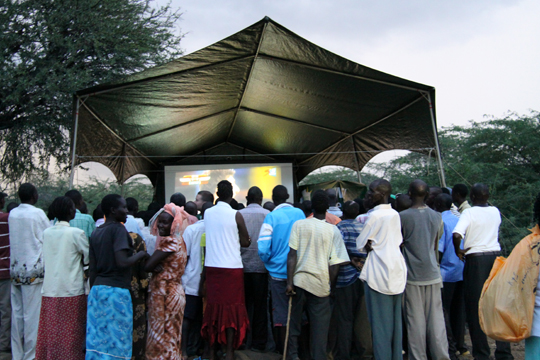 Building on the successes of Africa Goal 2006, the Africa Goal team was excited to implement the 2010 Africa Goal Project to coincide with 2010 World Cup in South Africa – the first time the tournament was being held on the continent.

Starting in Nairobi, Kenya and ending in Johannesburg, South Africa, the team’s journey followed a similar route to the 2006 campaign but focused on the higher density and higher HIV prevalence communities of the region, where impact would be maximised. Broadly, the 2010 journey followed the ‘AIDS Highway’, known as such because of the very high levels of HIV infection along this central transport and trade route where transactional and casual sex are common. The focus of the 2010 campaign was on building and strengthening relationships with local and regional partners and supporting them to leverage the Africa Goal platform to increase the reach and impact of their HIV activities. During the 2010 campaign, Africa Goal partnered with over 20 different organisations in Kenya, Tanzania, Malawi, Zambia, Zimbabwe, Mozambique, Swaziland and South Africa, offering HIV information and services at every event – including on-site HIV testing and counselling. During the events, comprehensive “World Cup” branded HIV Information packets were distributed. Each event was documented in detail through the Africa Goal blog which includes feedback and anecdotes from audience members and partners.

The Africa Goal 2010 campaign was a huge success, with over 24,000 people reached with HIV information and services in just one month. The feedback received from partners was overwhelmingly positive, the project’s successes were widely recognised in both international and regional media and Africa Goal was proud to receive a recognition of achievement from the United Nations Office on Sports for Development and Peace (UNOSDP).

Africa Goal 2010 was made possible through the generous support from the Government of Canada, The Southern African AIDS Information and Dissemination Service (SAfAIDS) and the Danish AIDS Foundation, as well as numerous corporate and media partners. Please check out website and campaign blog links below to find out more about Africa Goal 2010. 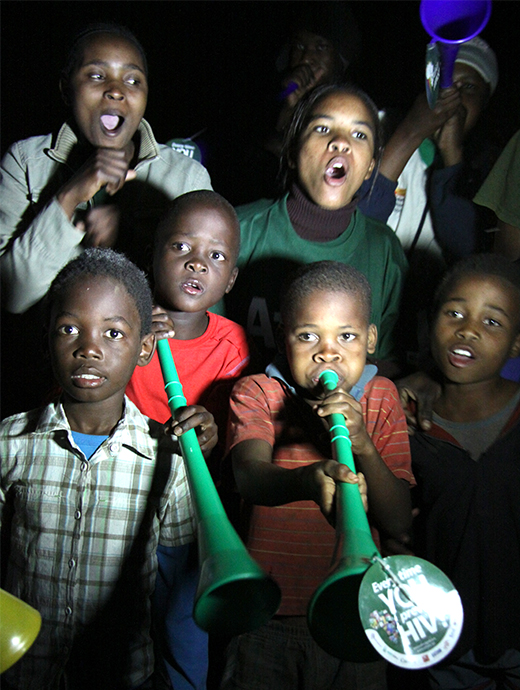 Africa Goal: The Next Generation

The 2014 Africa Goal project built on the lessons learnt, experiences and partnerships formed during the previous campaigns and focused specifically on scaling up on site HIV counseling and testing, having found demand to be very high during the 2010 campaign.

Africa Goal reached over 20,000 people during just one month in 2014, and on site HIV counseling and testing was provided by our partner organizations at almost all the 2014 events. Anyone found to be HIV positive was linked to treatment and support clinics and centers for further assessment and medical assistance.

During the information sessions, a special focus was placed on supporting elimination of paediatric transmission of HIV and promoting couple’s HIV counseling and testing, alongside a continued commitment to reaching hard to reach and most at risk groups. These strategic focus areas complemented international, regional and national priorities at the time.

Africa Goal 2014 followed a similar route to the previous campaigns, starting in Kenya and Uganda and ending in Zimbabwe. The team visited many of the same locations as in the previous two campaigns, linking with long standing partners, as well some new ones – focusing on the high HIV prevalence areas of border towns, fishing villages and rural outposts.


View Africagoal 2014 in a larger map

As we approach the 2018 FIFA World Cup tournament kick off, the Africa Goal team is busy preparing for another successful campaign, which will build on the lessons learnt and experiences and partnerships formed during the previous three campaigns. Hugely positive feedback, as well as the level of enthusiasm and cooperation, from partner organisations showed their recognition of the benefits of the project and the way that the project events could help to achieve their own targets and goals.

During the upcoming campaign, the team will continue its focus on highest prevalence locations but a special focus will also be placed on bringing the project benefits to some of the most remote and hard to reach communities and areas in Kenya.

The recent discovery of oil in Turkana has brought with it a rapid influx of development including the establishment of oil extraction plants and refineries, a huge wind farm, newly paved roads (connecting the region to the rest of Kenya) and the associated influx of people and new economic activity. This of course brings with it risks previously not experienced in the very arid region which used to be largely isolated from the rest of the country, including an increase in transactional sex and an increased risk of exposure to HIV infection.

Africa Goal 2018 will target high prevalence areas in central and western Kenya (including farming communities, fishing villages, border towns, truck stops) as the team heads North to communities in and around lake Turkana who face a relatively recent heightened risk of infection. Given the lack of access to the live World Cup matches in the area, the team anticipates huge crowds and excitement at the event, providing an ideal opportunity for our partners to reach at risk group with life saving HIV information and services. A continued focus will be placed on providing on site HIV counseling and testing which proved very effective in previous campaigns.


View Africagoal 2018 in a larger map

The Africa Goal Campaign in Numbers