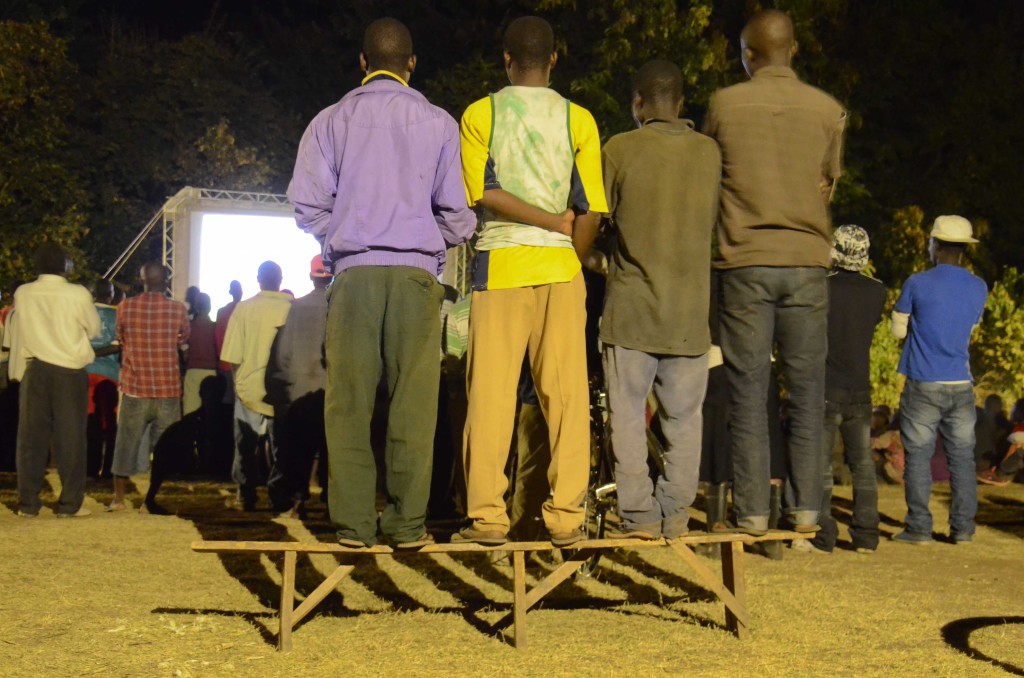 After a much needed day off at Lake Malawi, the team made the short drive southwards towards Salima for the start of the group playoffs. We showed the Brazil-Chile match in the small village of Chinyama, several kilometers down a dirt road, where electricity and running water are still conveniences of the future. It was a friendly crowd of about 400, many of whom had heard about the event from the local chief, who had been informed by our partner organization, Salima AIDS Support Organization (SASO). Having been there before with the same partners in 2010, the Africa Goal team received a warm welcome as we arrived at the local football pitch. The crowd’s level of knowledge about HIV/Aids is a testament to SASO’s hard work in the area. Almost everyone asked knew that HIV testing was available at the nearby hospital, or as part of SASO’s outreach activities, and that antiretrovirals are available to those who test positive.

Our second partner organization for the evening, Play Soccer, was also in attendance and provided us with 20 additional One World Futbol Project indestructible balls for trading. Similar to the Africa Goal project, Play Soccer uses football as a platform for addressing health and other social development issues. One of the many of the successes of the event was the meeting of these two organizations, who were enthusiastic about the possibility of collaborating in the future.

Before the match, SASO facilitated an HIV question and answer session with the crowd and the prizes included football jerseys, shorts and tracksuits donated by Club Brugge in Belgium. The timing of the prize jackets was perfect as the night got cooler and others ran home to get sweaters and blankets. The session was useful as it illuminated a lack of understanding about the relationship between HIV and TB, which is an area the organization will focus on addressing in this community. During half time, SASO showed a short video entitled Never Too Late about a young Malawian woman who has overcome many hardships and is hoping to improve her life and support her children by completing her education and becoming a nurse.

The Brazil-Chile penalty shootout made for a frenzied finale to the night. Although many of the youngest children had already been sent to bed, there was still a big group of front-row fans split down the middle with one side cheering for Chile and the other for Brazil. It was a friendly rivalry, with each side chanting for their team as the players took their shots. The Africa Goal team was also fully invested, having placed bets on the match earlier in the day. When the final Brazil goal went in, the kids all jumped up to cheer in the beam of the projector. Their shadows danced on the screen until the generator went quiet and we packed everything up for the next day. 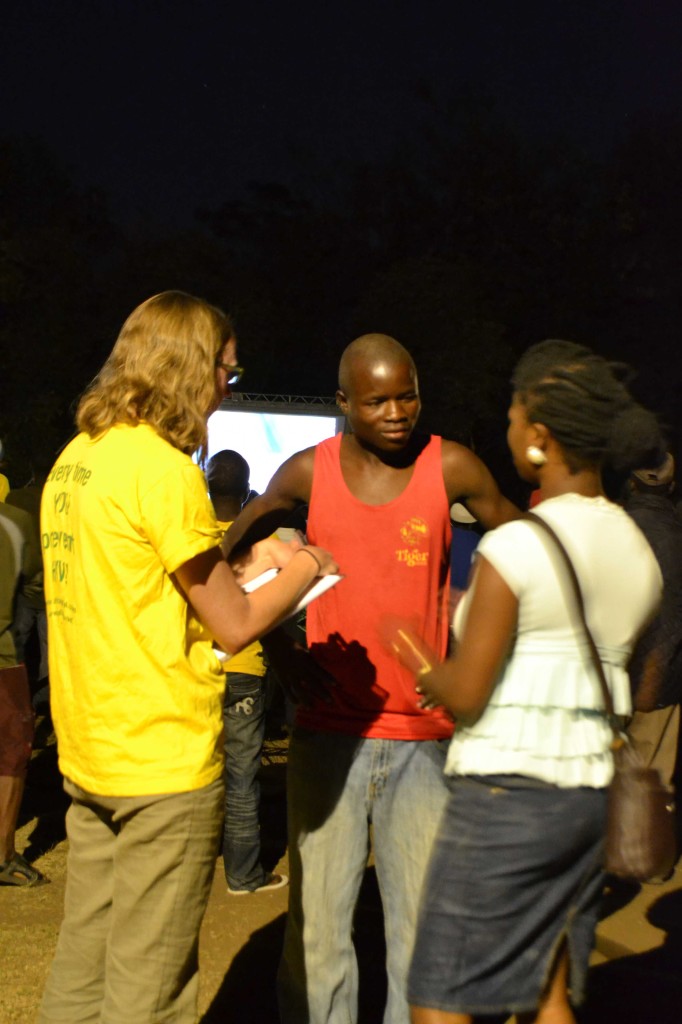