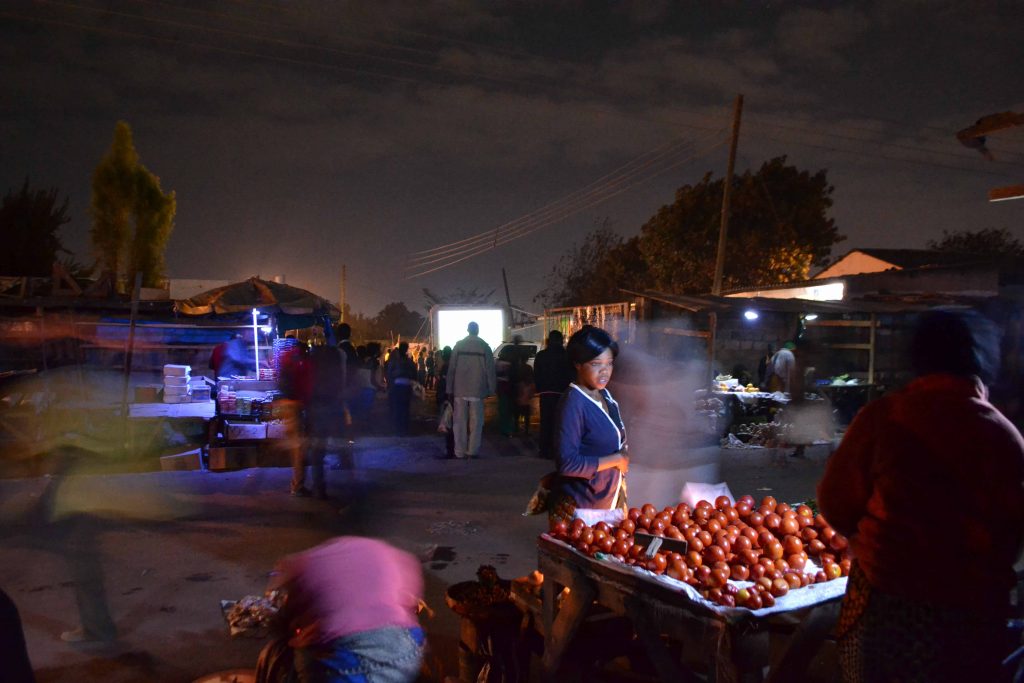 After a day in Lusaka catching up on project communications, getting supplies and repairs for one of our cars, half the team went ahead to meet event partners SafAIDS and AIDS Healthcare Foundation and begin the set up, while the other half waited for the car to return from the garage. The second party were not long behind, after a problem with the planned location required some quick thinking and a new site to be arranged – a clearing next to a small but bustling row of shops in the Mtendere suburb of Lusaka.

This was the most urban Africa Goal event yet, with permission acquired from a local business owner, light for the HIV Testing and Counselling (HCT) tent plugged in at the barbers and the satellite dish in someone’s backyard. Though on a quiet road, there was still a lot of foot traffic and over the course of the evening around 1000 people stopped to watch the Switzerland v. Argentina game, speak to Africa Goal team members and partners or avail of the HIV information and services. 50 people were tested for HIV on-site.

With 300 audience members at any one time in this small space, the atmosphere was pretty lively, especially during the quiz at half-time, when eagerness to answer questions and potentially win an Africa Goal t-shirt or OneWorldFutbol ran high.

The match itself was a display of excellent football despite the lack of goal scoring. Switzerland put up a valiant fight and managed to deflect the efforts of the Argentine attackers and force extra time, with the score at 0-0 after 90 minutes. Lionel Messi finally unlocked the Swiss defence with three minutes to spare before penalties, sliding a killer pass through for Di Maria to finish and win the match in the nick of time.

As well as learning about HIV and appreciating the opportunity for free testing, several audience members wanted to join Africa Goal. We hope to see a new young Zambian-led Africa Goal for the Africa Cup of Nations emerging in the near future. 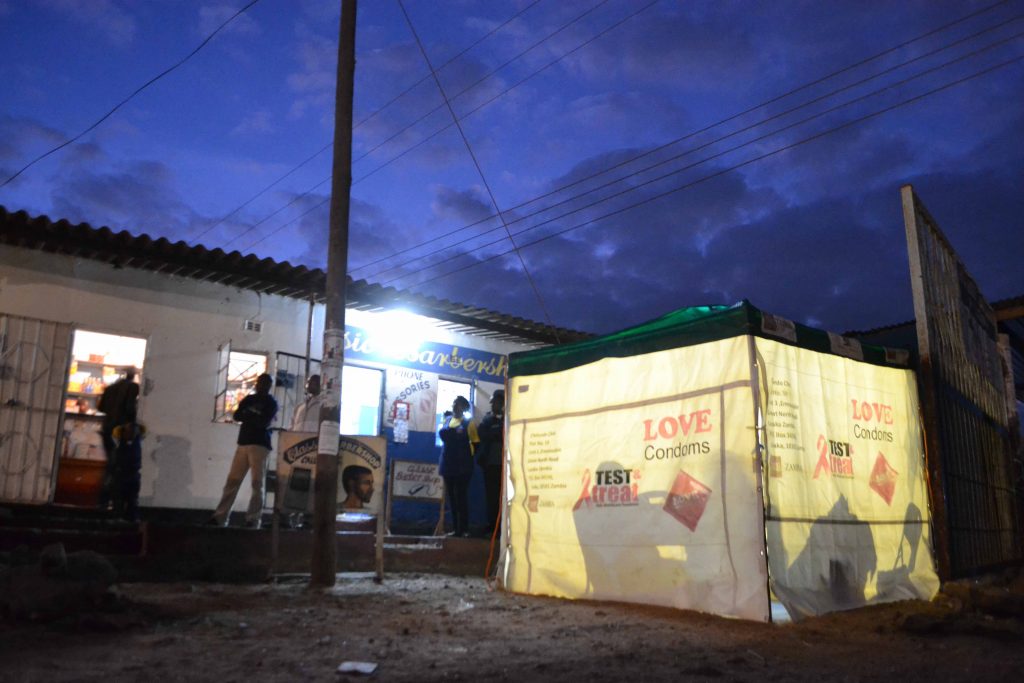