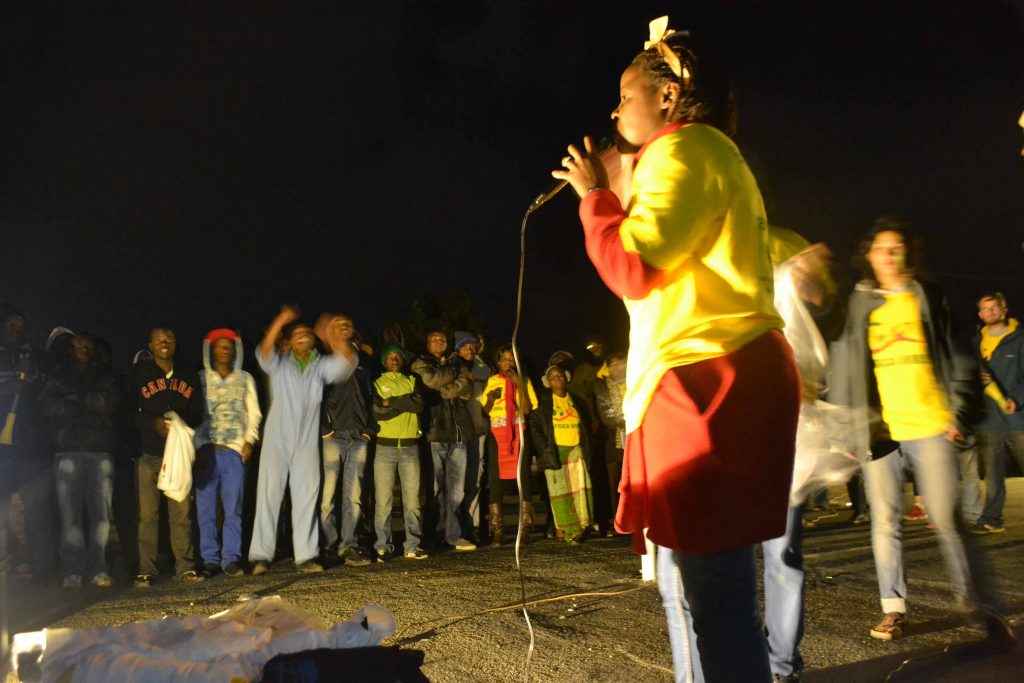 After unfortunately having to change our travel plans due to security concerns on our intended route (see previous post), we had to make some last-minute plans with additional partners in Zimbabwe. Luckily, BHASO (Batani HIV/AIDS Service Organisation) was keen and able to organize the two semi-final events near Masvingo in Southern Zimbabwe. We weren’t quite sure what to expect when we arrived at the local technical college for the first of these events. The game wasn’t starting until 10pm, but we had arrived with plenty of time to spare. The campus was almost eerily quiet and we were a bit nervous that it would be a very small event. But bit by bit, as we set up our equipment, started playing music and blowing on vuvuzelas, young men and women started emerging from the surrounding dormitories. Despite the bitter cold, a crowd of several hundred gathered on the outdoor volleyball court where we had set up the screen. With an hour left before the game, excited audience members took to the stage, dancing to the World Cup theme songs which warmed and energized everybody. There was also plenty of time for an HIV quiz session, with highly-coveted Brugge football jerseys and shorts distributed as prizes.

When Germany scored the first of their seven goals of the match, the crowd erupted. People danced in front of the screen, blew on vuvuzelas and cheered out loud. By the fourth goal of the match, the reaction was slightly more blunted, as disbelief crept in and people started wondering if this was really happening. The fifth, sixth and seventh goals prompted questions like, “Is this real or are you just showing highlights?” and “This seems more like a video game than a real match!” Although most people were cheering for Germany, it seemed that everyone felt at least a little sorry for the host nation, Brazil, being beaten so badly on their own soil. But overall, the tone of the night was very celebratory, which fit well with our birthday celebrations of the day for one of the Africa Goal team members. All in all, it was a night to remember! 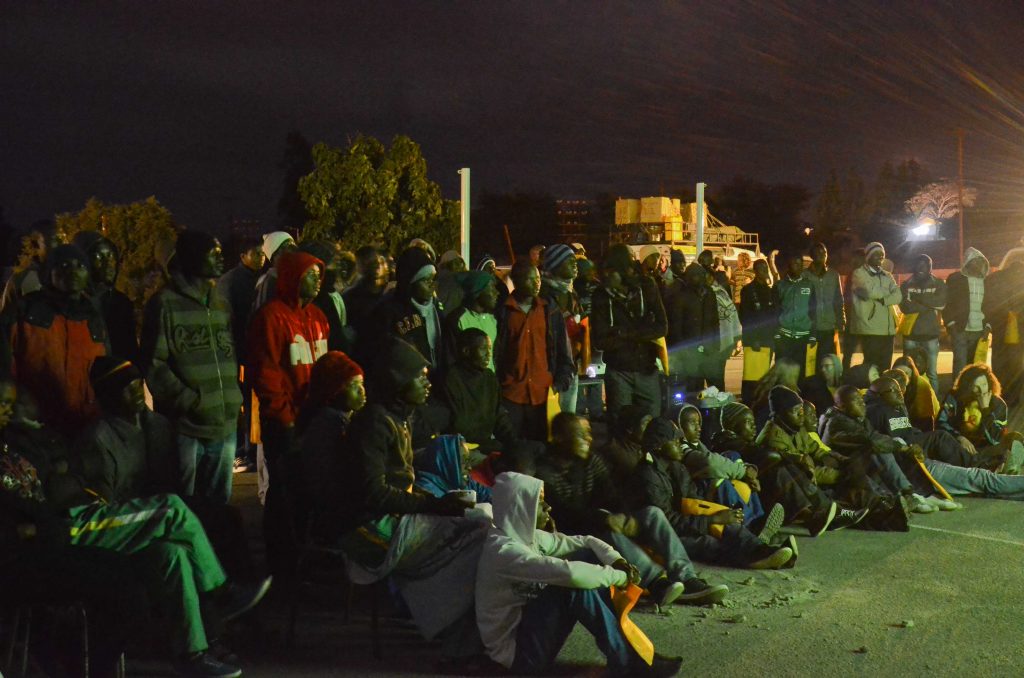