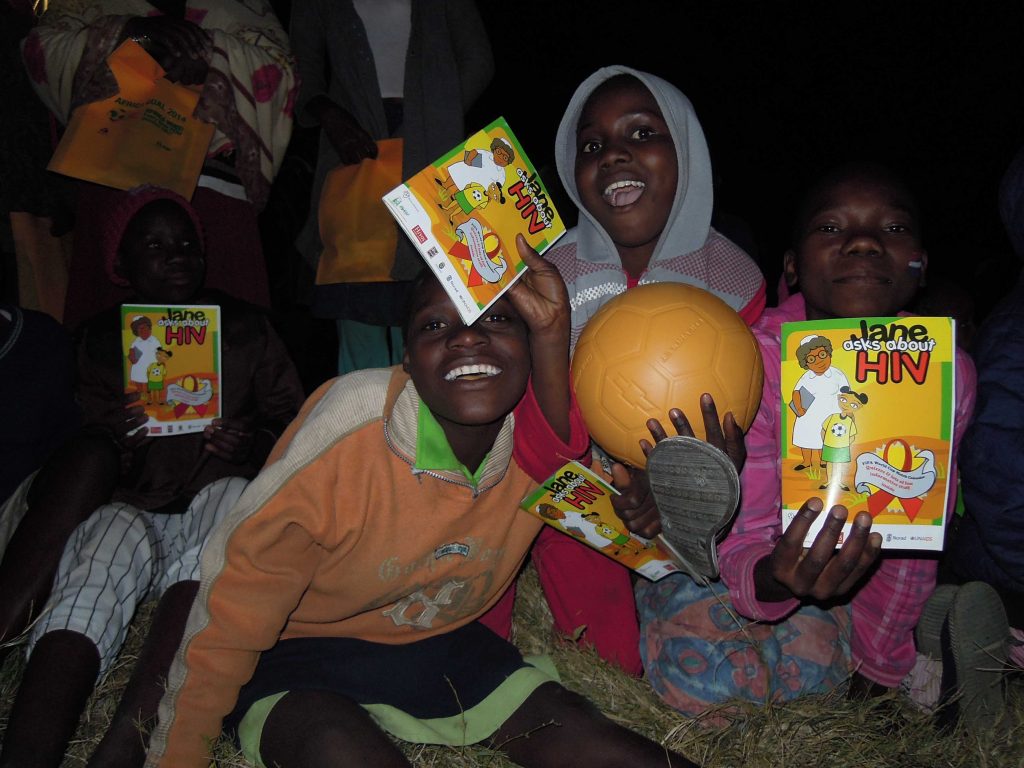 Day 31 – Alaska Mine, near Chinoyi, Zimbabwe

The third place playoff between Brazil and The Netherlands was a much-anticipated match, which we showed in the small town of Alaska, near Chinhoyi in Zimbabwe. Alaska was once a prosperous mining town but has become a desolate area since the mine closed over ten years ago. We partnered with an organisation called Pamuhacha HIV/AIDS Prevention Project, which is the Shona name of an indigenous tree where people could traditionally go to seek food or healing. We set up the screen in an area surrounded by run-down shops and several bars. Most of the crowd were passers-by or those looking for entertainment in the small trading centre who took an interest in the huge screen and loudspeaker, although some had heard about the event through Pamuhacha’s mobilization efforts earlier that day.

The name Alaska could not have been more appropriate for what turned out to be an exceedingly chilly night. Once again, there was over an hour available for our partners to engage the crowd in a discussion and question and answer session bout HIV. There were prizes given out for correct answers and information packs, along with Pamuhacha’s own pamphlets, were distributed to everyone who formed a somewhat-orderly line. Among the cheery bar-goers, there were also a number of children, who were all happy to receive the age-appropriate HIV and World Cup information booklets designed specifically for children, in partnership with SAfAIDS.

There were enough vuvuzelas in the crowd to create a humming atmosphere. We also had facepaints and audience members were very keen to have the Dutch and Brazilian flags painted on their faces which added to the festivities, although some were quick to switch alliances and requested a change in colors after the first goal was scored in the third minute of the game. However, the crowd was overall sympathetic to Brazil’s plight, hoping they could redeem themselves after the semi-final debacle. Once again, the bitter cold and late start to the game were not enough to dampen the crowd’s spirits. The Africa Goal team crawled into bed, exhausted but very pleased with the outcome of the event, at 2am to recharge in time for the final game. 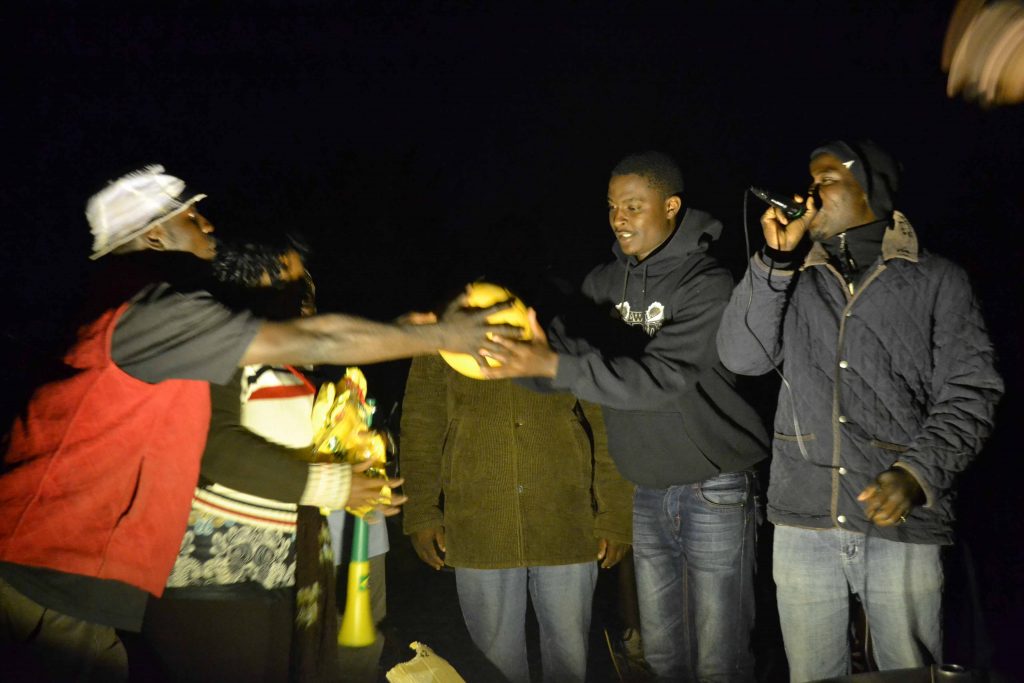