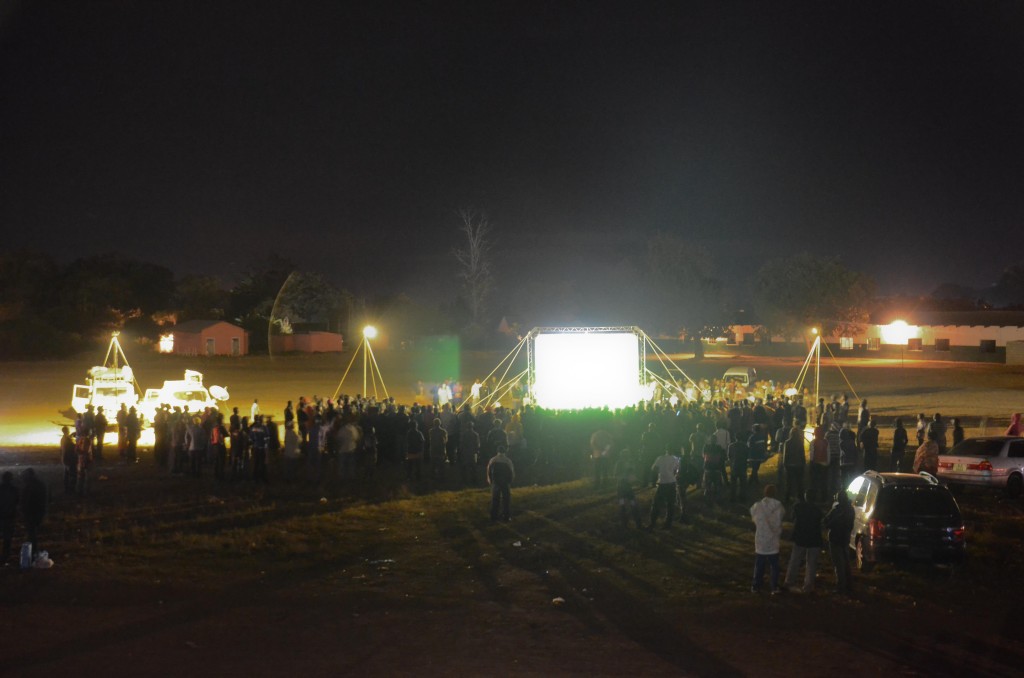 Chongwe, despite being considered a small town, seemed like a positive metropolis compared to the rural village where we had showed the match the night before. After a long drive from Chipata, we met up with the District AIDS Coordinating Advisor, Lucia Nkausu, who works closely with SAfAIDS – our lead partner for the Chongwe event. We met at the District Commissioner’s office and received a warm welcome from the Commissioner himself. We then drove over to the local football grounds where there were already a large number of people milling around – students heading home from school, some young men playing a casual football game and plenty of others just going about their business along the busy main road. We decided that this would be a perfect opportunity to make our screen double-sided so that more people could watch. While we set up our equipment, AIDS Healthcare Foundation (AHF) set up an HIV-testing tent and immediately started to register people for testing.A group of drummers helped to attract people to the grounds and there was great enthusiasm as people realized that they would get to watch the match on a big screen. We were also really pleased to link with Chiparamba Breakthrough Sports Academy at the Chongwe event. Most of the crowd, including the Africa Goal team, were supporting Nigeria in their round of 16 match against France. The energy was high in the first half as Nigeria maintained possession of the ball and even got it in the goal, only to be called offside.At half time, our partners led a question and answer session, with Africa Goal T-shirts and One World footballs being handed out as prizes. There was a high level of knowledge among the crowd, which even included some local medical students. The mood became slightly more somber during the second half as France scored one goal and then a second. At the end of the match, we received many thanks, but most people left quickly, which made for a quick set-down. Our partners informed us that 84 people had been tested during the event, close to their goal of 100. Six of those people tested positive, which was a good reminder to all of us how prevalent HIV still is in this part of the world, despite what seems to be good progress in terms of awareness of and knowledge about the disease. 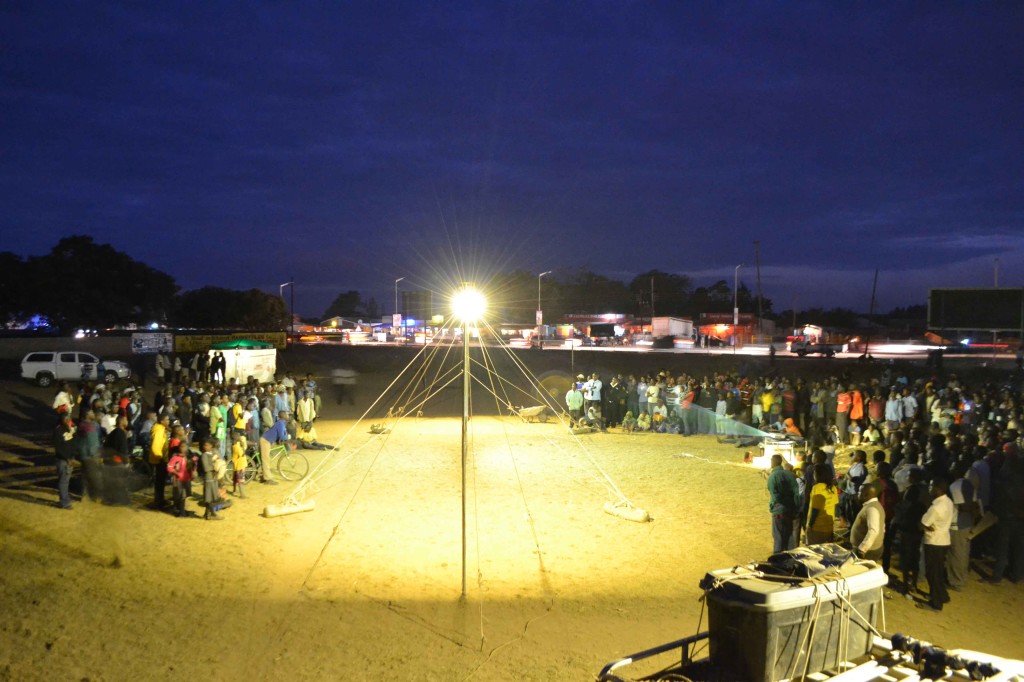