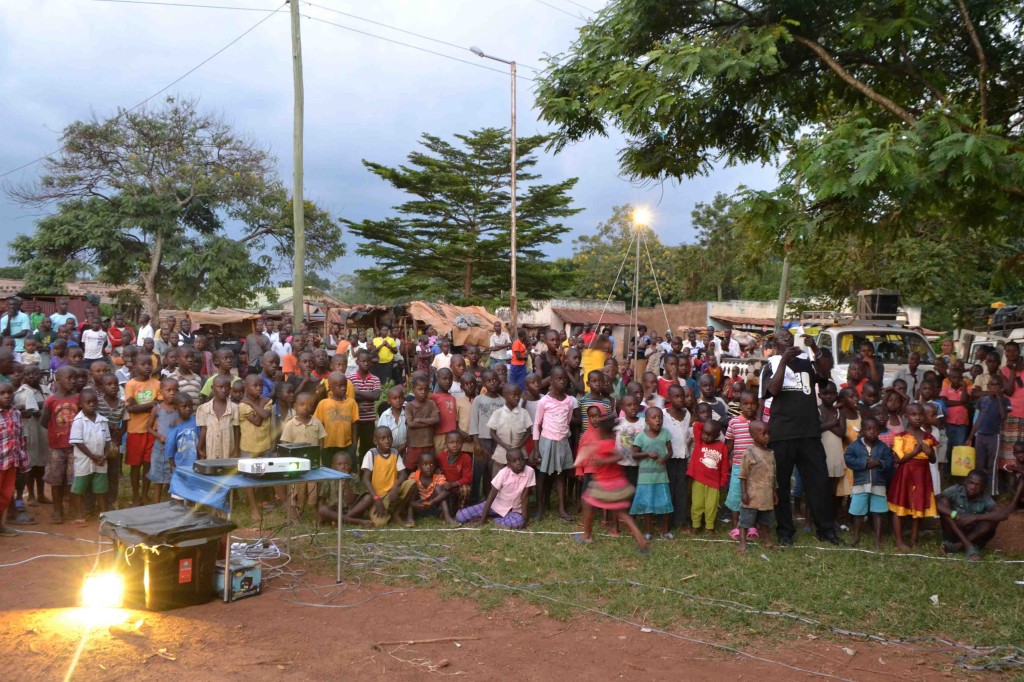 After a morning of catching up on blog posts, photo sorting and following up with partners, we left Mbita on the ferry to Luanda Kotieno and headed to the border town of Busia, between Kenya and Uganda.

We met our partners, Current Customs and PS Kenya, at the border and followed their vehicle – loaded with speakers pumping out tunes and announcing the upcoming Africa Goal event – for about a kilometer to a small township called Mondika where we set up in the central market place. Within minutes of our arrival, we were surrounded by hundreds of children who gathered around our set up area, intrigued by what was going on. The very hip peer educators were great – full of energy and humour – and clearly very popular with the community members. As we set up, they entertained the crowds with their DJ-ing skills, getting everyone dancing and cheering. The air was buzzing with excitement and anticipation.

Current Customs put up their HIV testing tents behind our screen and testing quickly got underway before the match, whilst the peer educators shared HIV information and conducted an HIV quiz – with Africa Goal T-shirts being distributed as prizes.

As half time approached, the Africa Goal team nervously watched a very dark cloud which seemed to be approaching rather fast. Our partners were sure that the cloud would blow over – there hadn’t been rain in the area for a long time. Hoping they would be right, we waited to see what would happen – knowing that taking the equipment down would be a big disappointment to the 300 or so people who had gathered to watch the game – as well as for our partners who were so enthusiastic about the event.

As the wind picked up, audience members moved under the eaves of the shops and kiosks on the opposite side of the road, clearly expecting the worst but eager to be able to see the screen still. Watching nervously as the screen started to sway heavily in the wind, pulling our sandbags even with people sitting on them trying to anchor everything in place, and as the dark cloud headed our way, we had no choice but to also prepare for the worst. We lay the screen down to protect it from the force of the wind, and put the electrical equipment away in a waterproof box, hoping still that the storm would pass and we could set back up in a few minutes.

Unfortunately, that wasn’t to be the case. Just as we had all the electrical equipment safely stored away, there was a massive crack of thunder above us and the heavens well and truly opened – rain thrashing down around us as we scrambled to get all the rest of our kit safely away and into the cars. Within minutes, every team member was soaked through – the slippery, wet poles not making it any easier to dismantle the screen frame and flood lights. Trying to dodge the quickly forming puddles and streams, we managed one of our fastest set downs yet, getting everything away a little soggy but thankfully, undamaged.

Whilst, unfortunately, the storm brought an early and rather abrupt end to our event this time, we were really impressed to see that our partners had battled the elements and continued providing testing services until all the people who had initially lined up had been tested – such commitment to their communities is great to see and we look forward to working with Current Customs and PS Kenya again next time when, hopefully, the weather will be on our side. 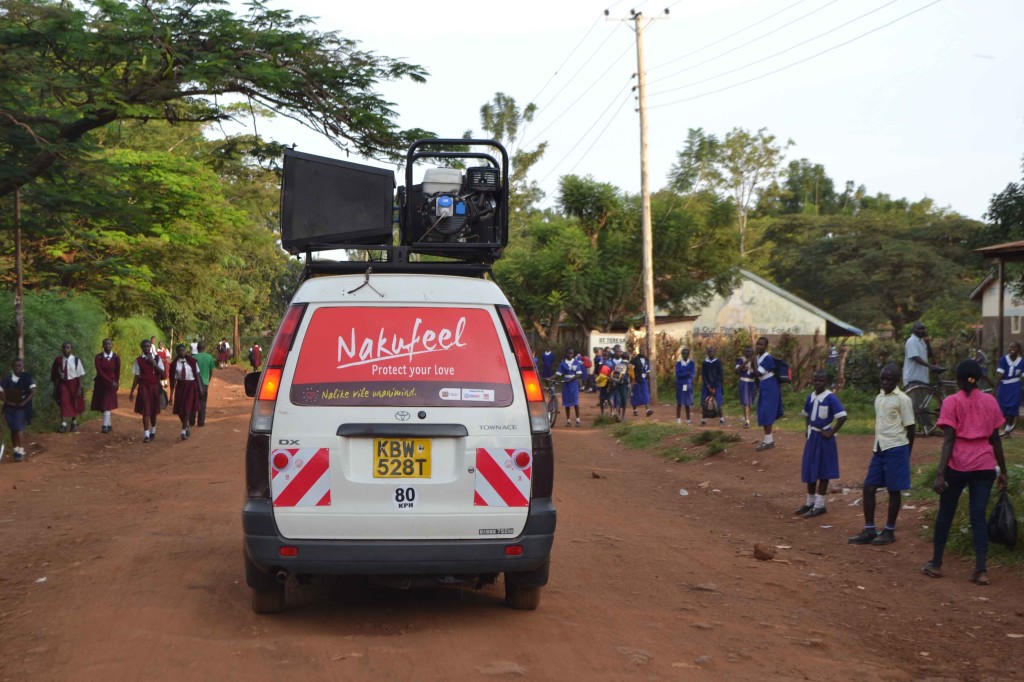