Ghana vs. Germany: Cheers at the Rolex Stand!

We found ourselves in the small town of Kyotera, trying to find something to eat for supper whilst the Ghana vs Germany match on the 21st June was being played. Due to the time difference with Brazil, many of the matches are too late to show so, during the early stages of the World Cup, we are focusing primarily on the early matches.

As we were tucking into Rolexes (chapatis rolled with eggs and tomatoes) and grilled chicken pieces, there was a kiosk nearby which had the only TV showing the world cup match (albeit a very tiny screen at the back of his shop). Germany was 1-0 up on Ghana when we sat down next to the rolex stand and two or three people stood outside the electronics kiosk watching the match. The guys manning the rolex stands had their radios blaring next to them so they could keep following the match as they worked. Before long the commentator started to get wildly excited and everyone milling around the street rushed to the electronics kiosk to catch sight of Ghana scoring a goal to level the playing field with Germany. The crowd around the kiosk was instantly 10 men deep – everyone straining their necks to catch a glimpse of the action. When Ghana scored a second goal midway through the second half, the whoops and cheers could be heard throughout town, everyone on the edge of their seats hoping Ghana could maintain their lead until the end. Although Germany did manage to score a final goal in the second half to end on a 2-2 draw, the excitement and celebration in Kyotera – and, no doubt, throughout Africa – was palpable. 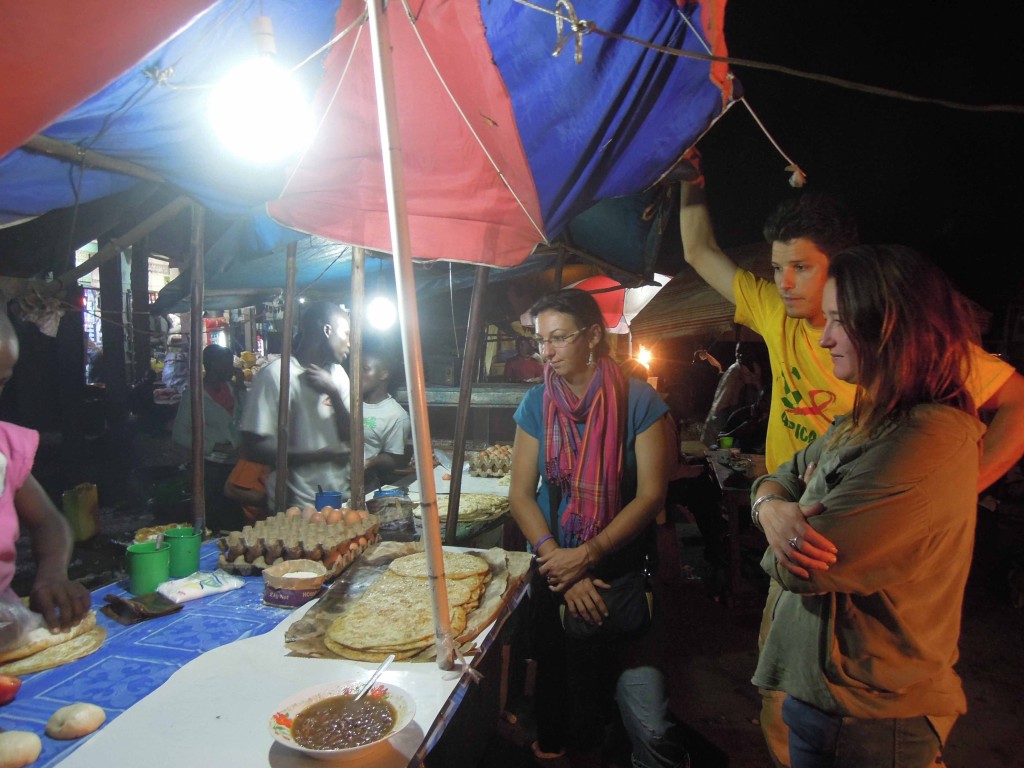