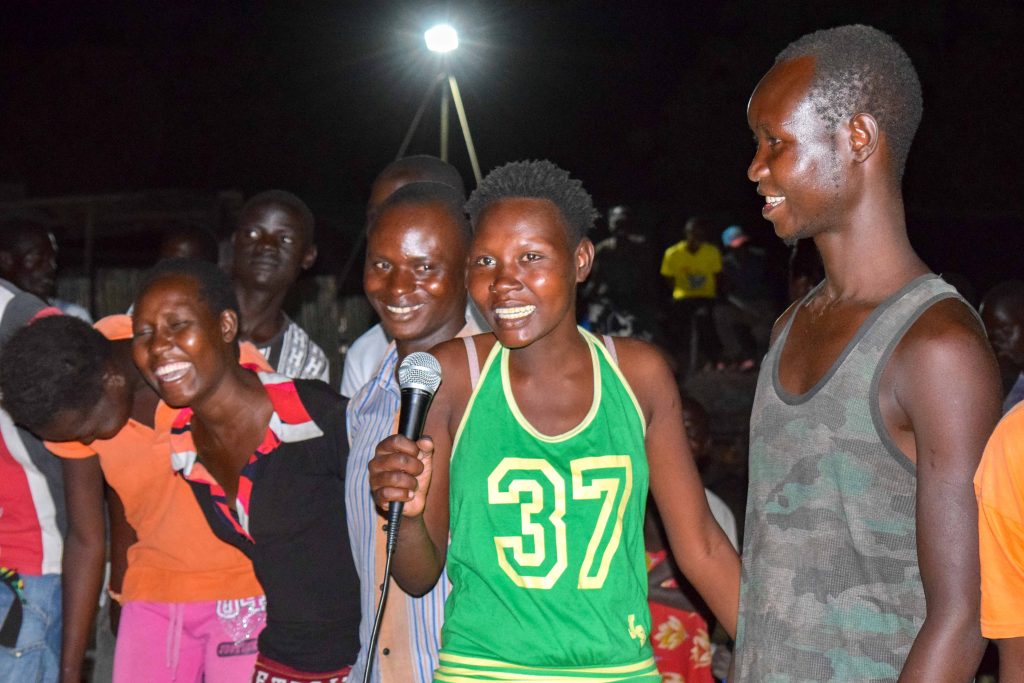 Our first event in the Turkana region was in a communal open area in the centre of Lokichar, a small town which has gained recent notoriety with the discovery of oil – an event illustrated even by the name our hotel, Black Gold. While still a very impoverished town, this recent discovery has seen an influx of visitors and road construction workers, both with relatively more disposable income than the local community. Rapid and unequal wealth creation and distribution has lent itself to the development of a flourishing sex trade and, while talking to the neighbours, we found out we were precisely at the location where local sex workers take their clients.

The health services in Lokichar are provided through the Reformed Church of East Africa who provide HIV and family planning services but do limited mobilisation around HIV prevention and testing so there was excitement about the on site HIV testing services at our event. Three large tents were set up by our local partners to ensure that they could handle the lines of people waiting to get tested for HIV while others enjoyed the super exciting clash between Brazil and Belgium. The six peer educators working on HIV circulated in the crowd, discussing testing and other issues. As well as a question and answer session, four couples and a respected member of the county government working on gender development issues, considered an opinion leader, also went for testing and spoke to the crowd about their experiences. In total 87 people went for HIV testing during the course of the football match and 2 were found to be positive and were immediately referred for further tests and treatment. The partners were very pleased with this result, particularly given the high levels of stigma and discrimination which usually impede uptake of HIV testing services – and especially amongst men. They were confident that many people in the audience would also come for testing in the coming days.

Overall the ambiance was very energetic with a very animated and charismatic facilitator who kept everyone engaged and entertained, including mobilising people to join in for regular conga lines! Added to this, with a couple of Belgians on the Africa Goal team, we were all over the moon when they managed to beat Brazil 2-0. We were very happy with the event in Lokichar – where we had our biggest crowd to date – and look forward to doing it all again in Turkwell tonight for the Croatia-Russia game! 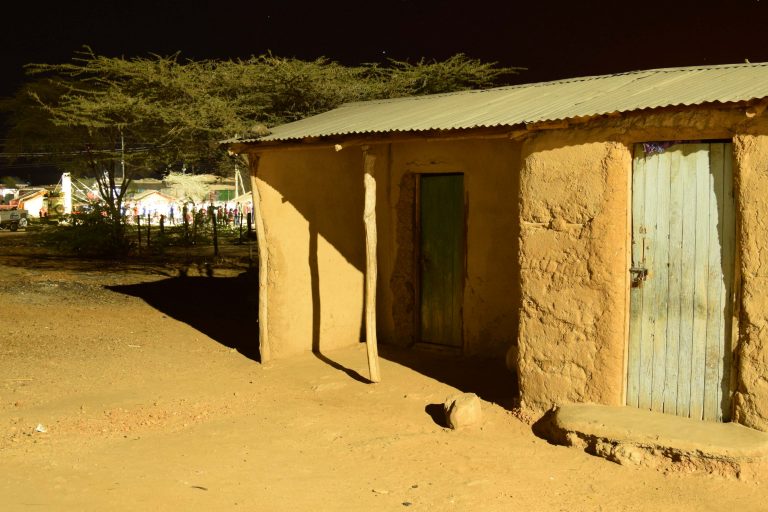 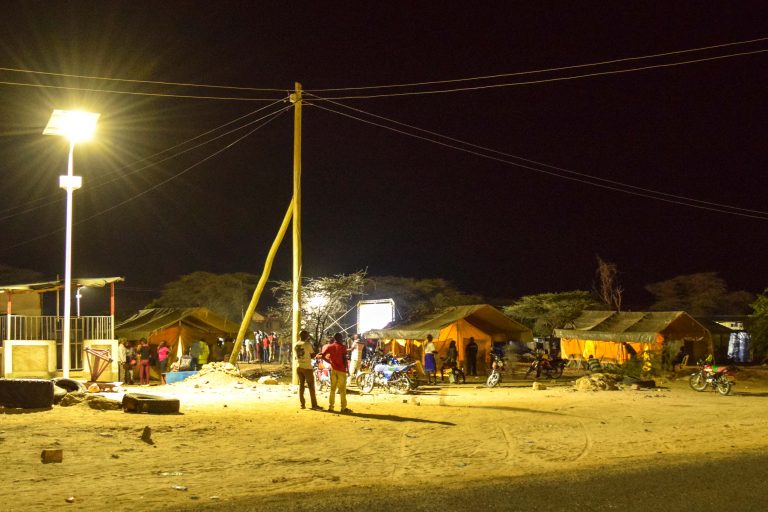 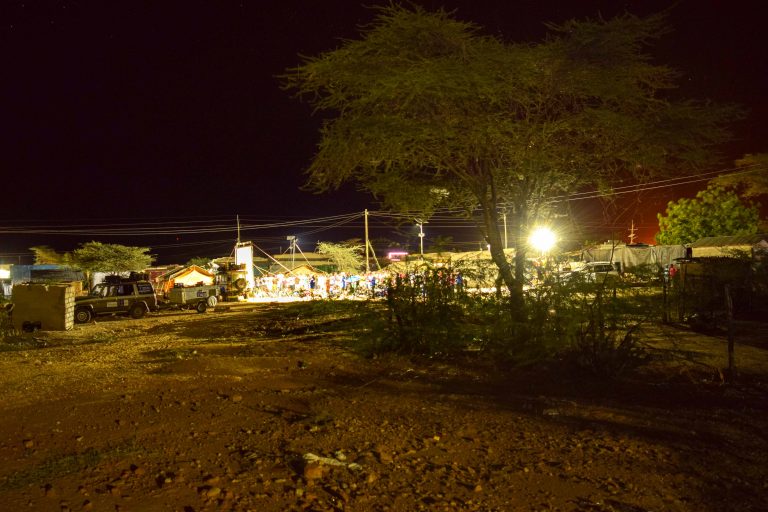 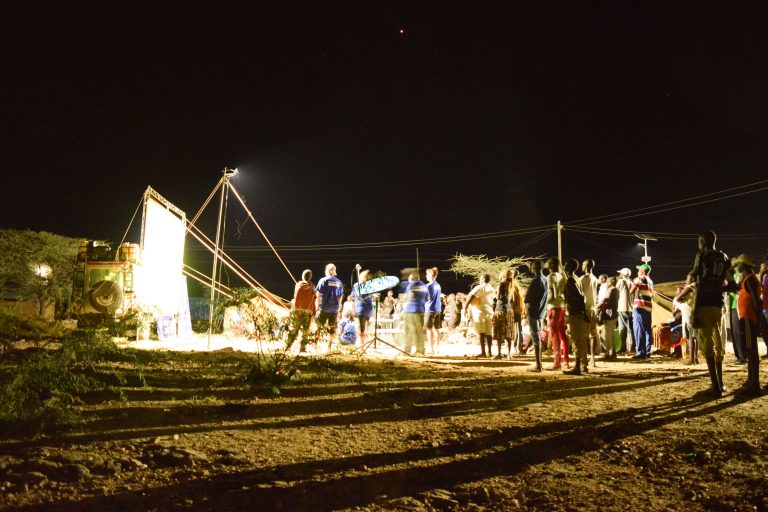 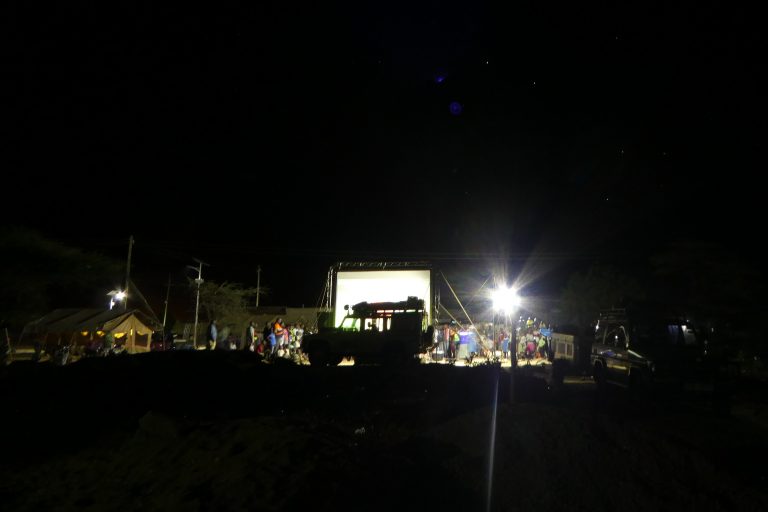 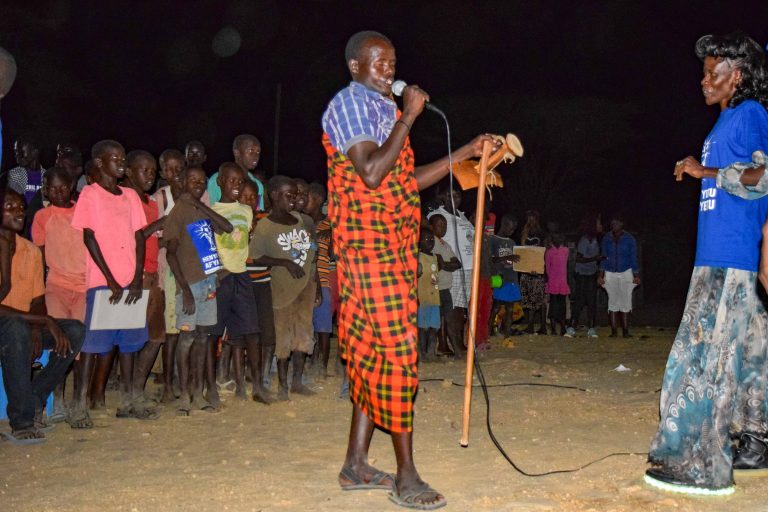 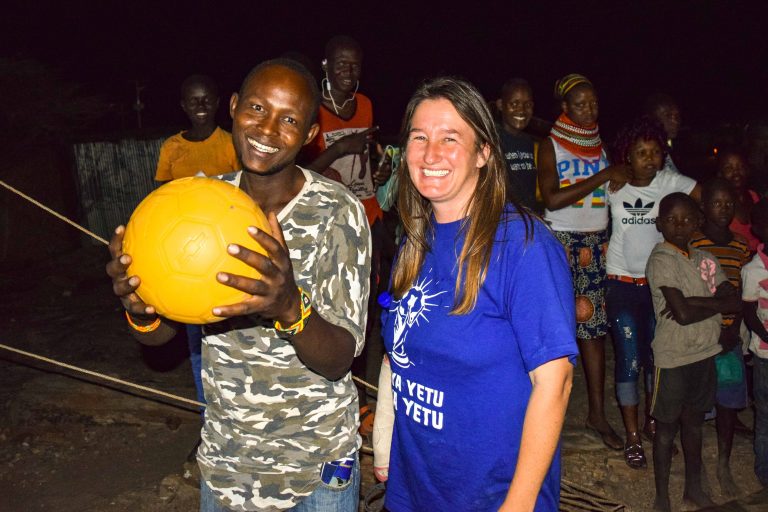 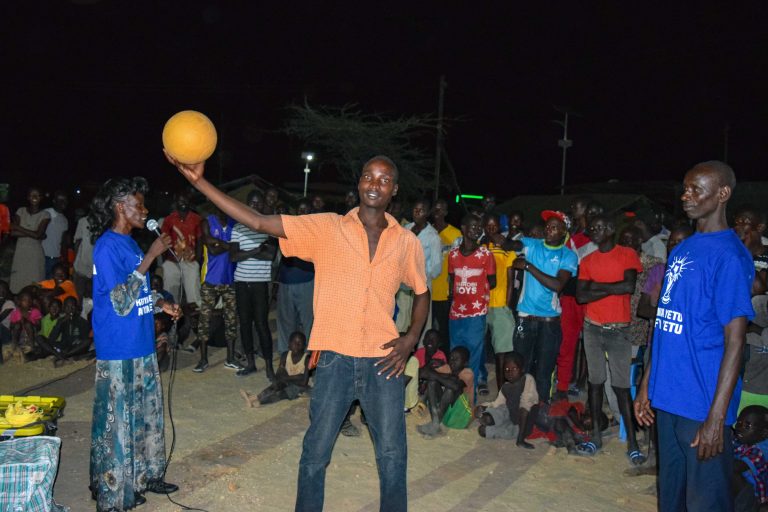 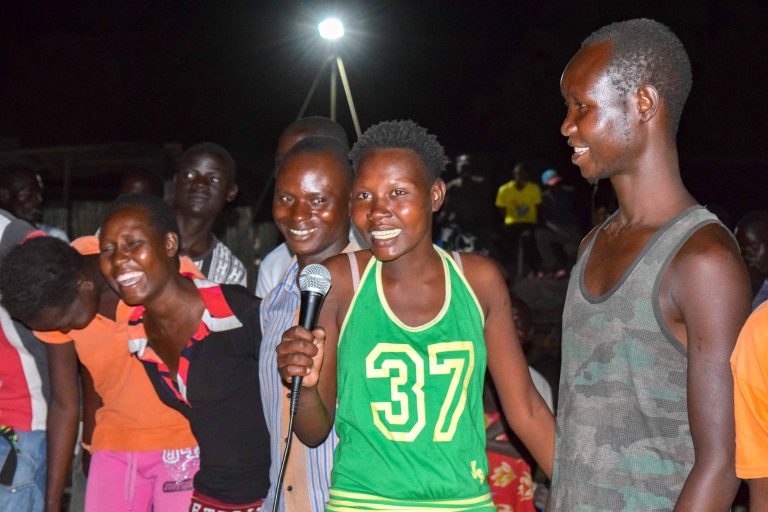 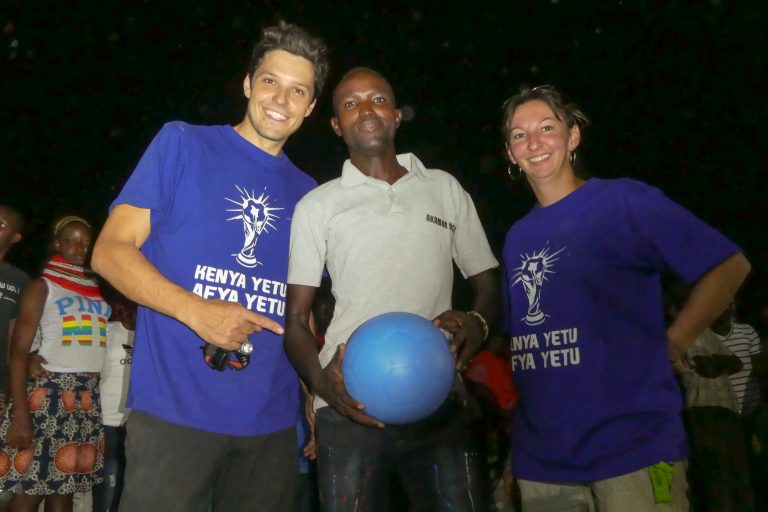 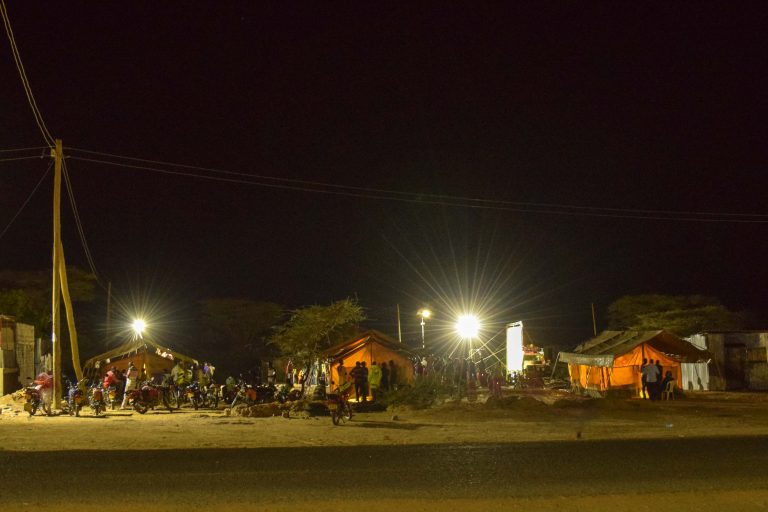 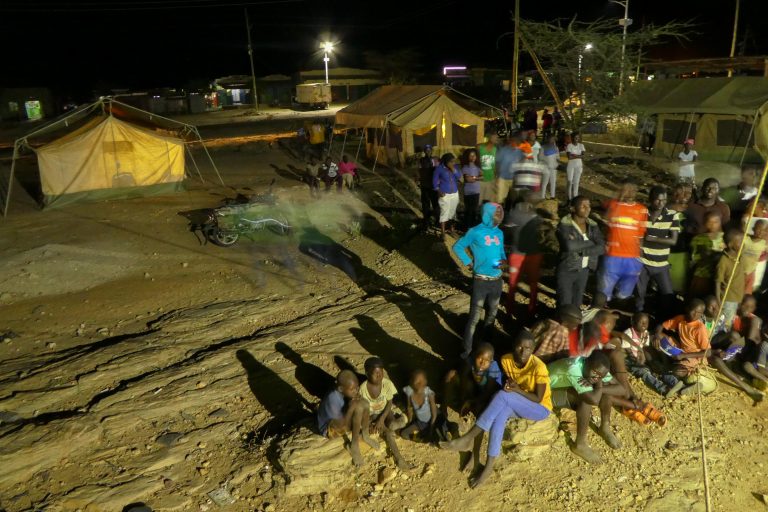 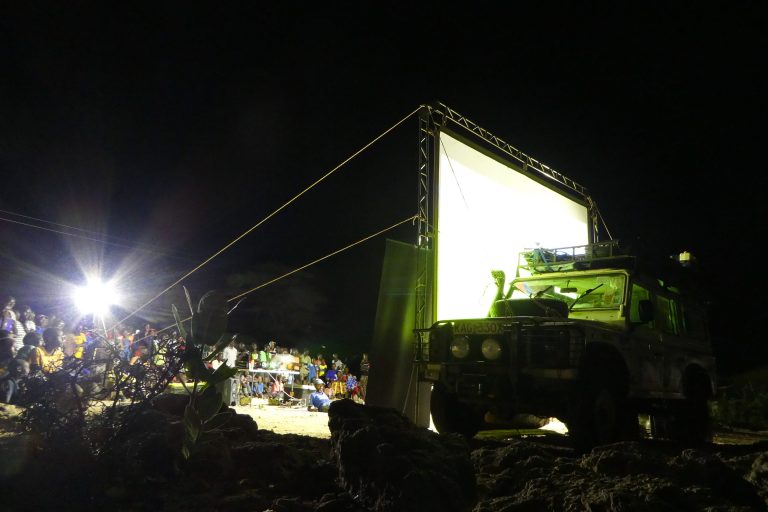 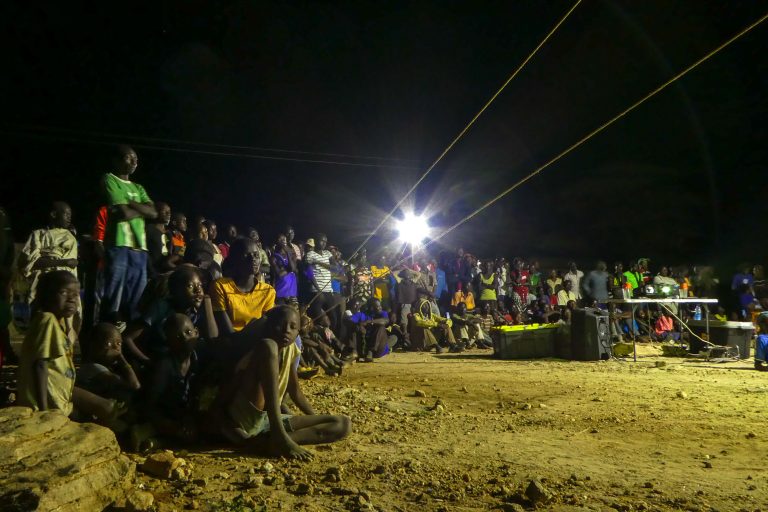 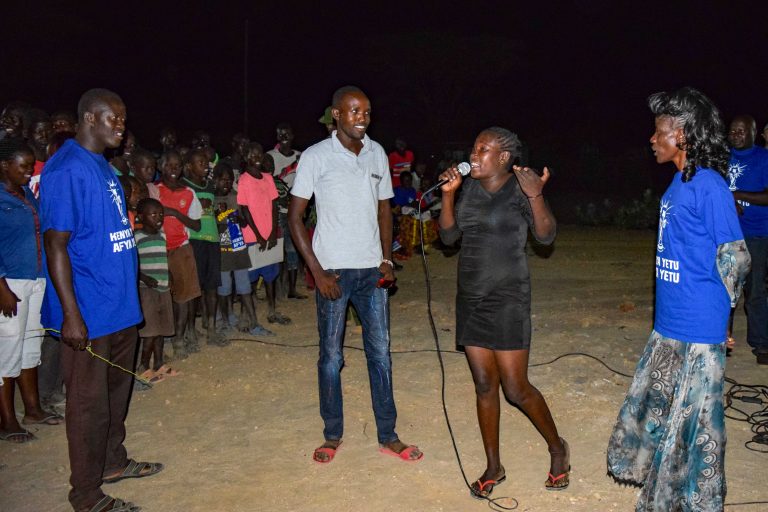 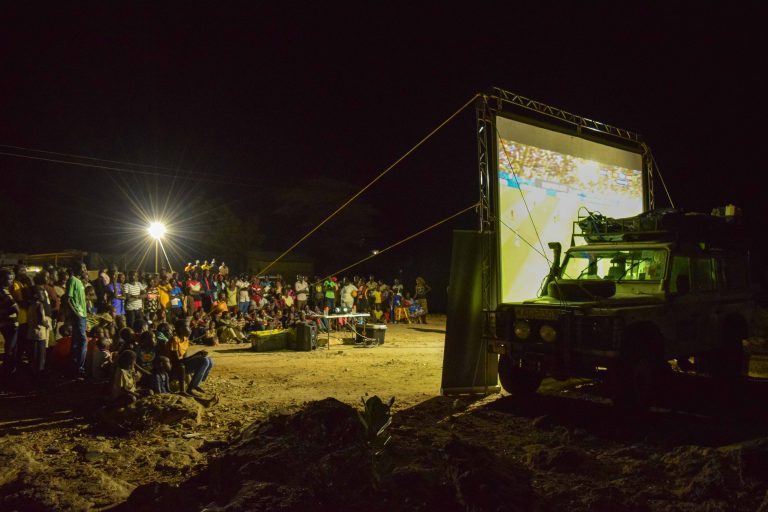 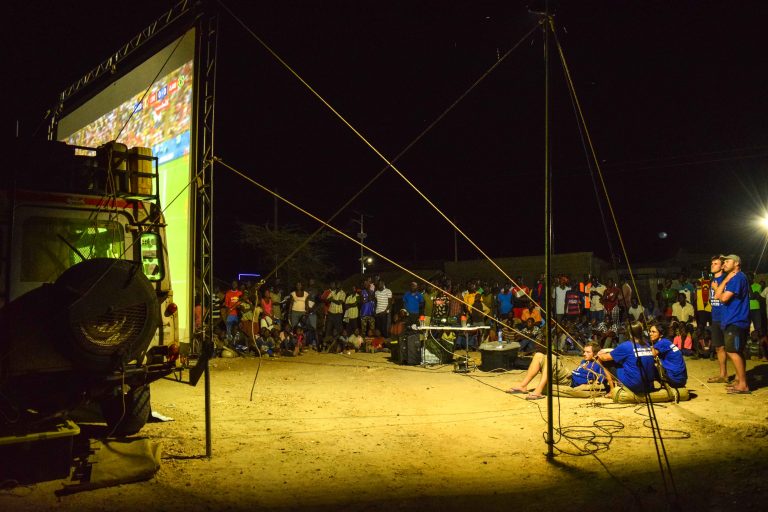 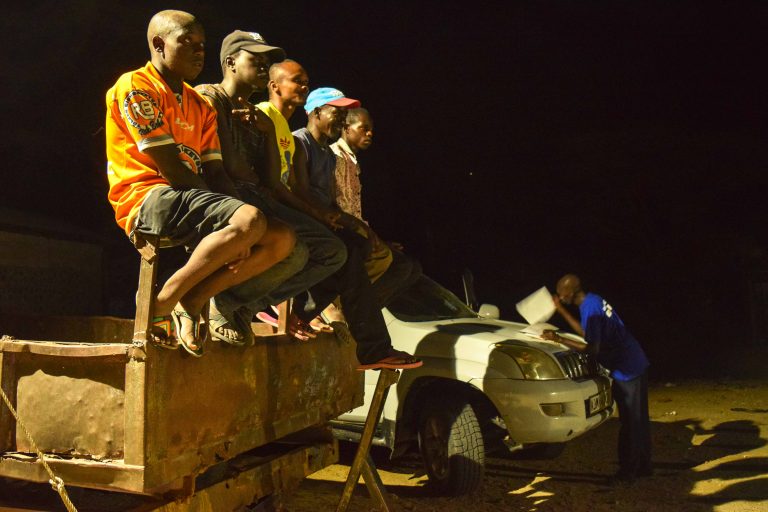 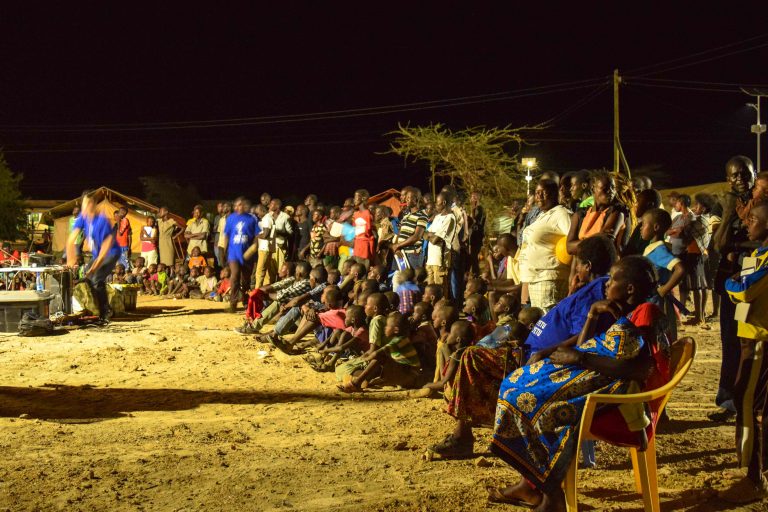 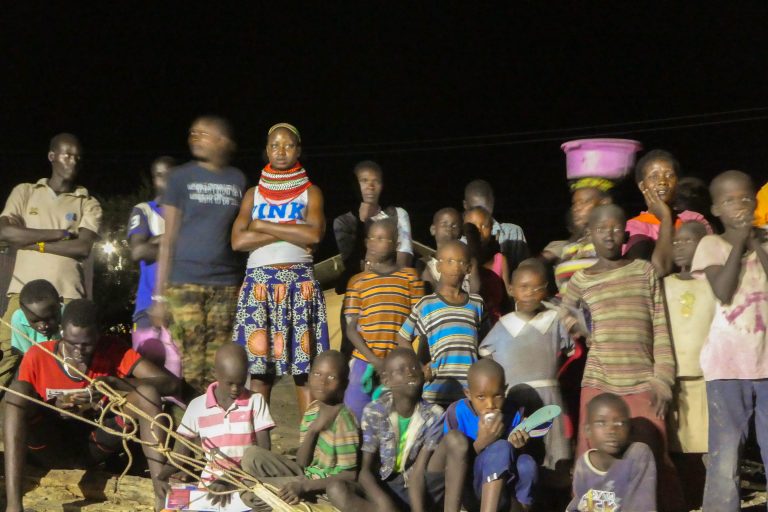 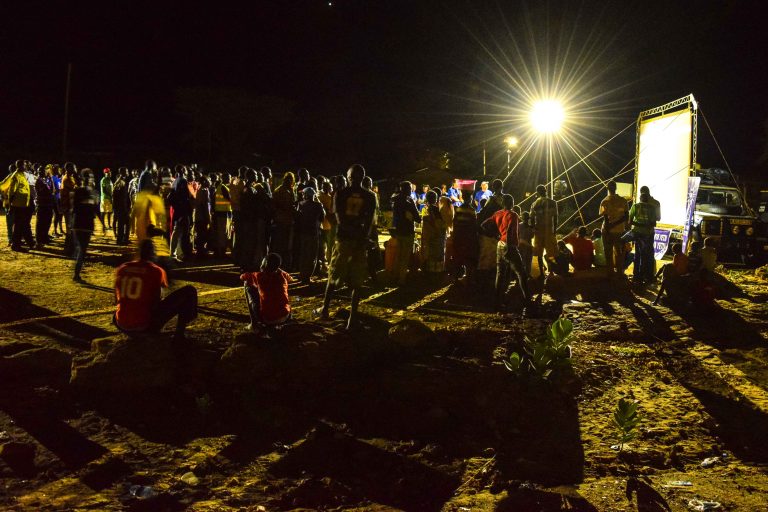 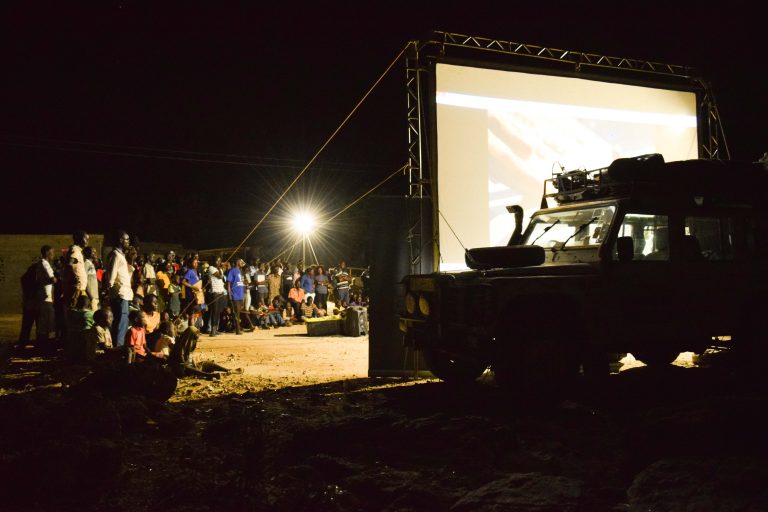 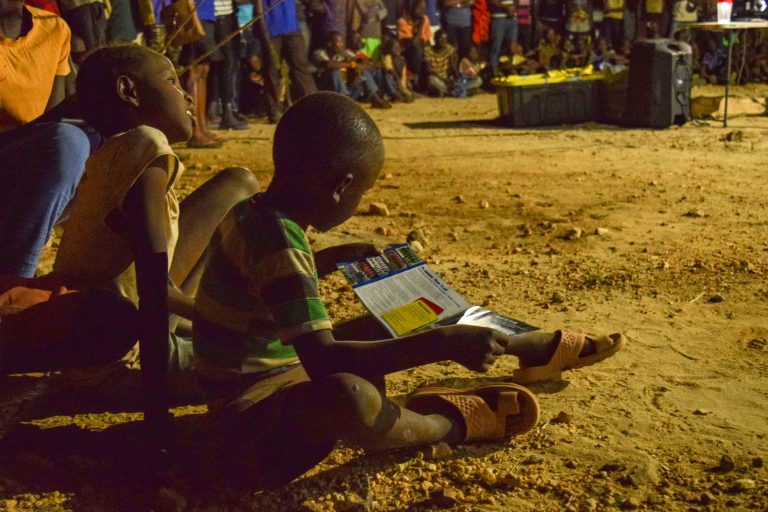 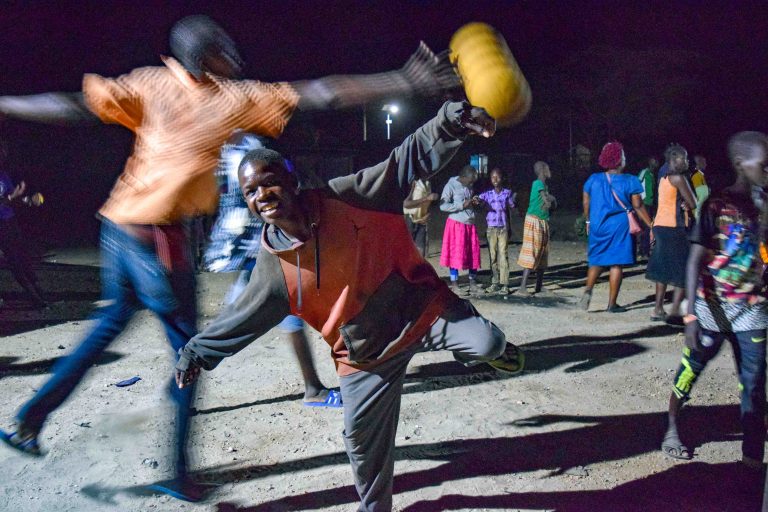 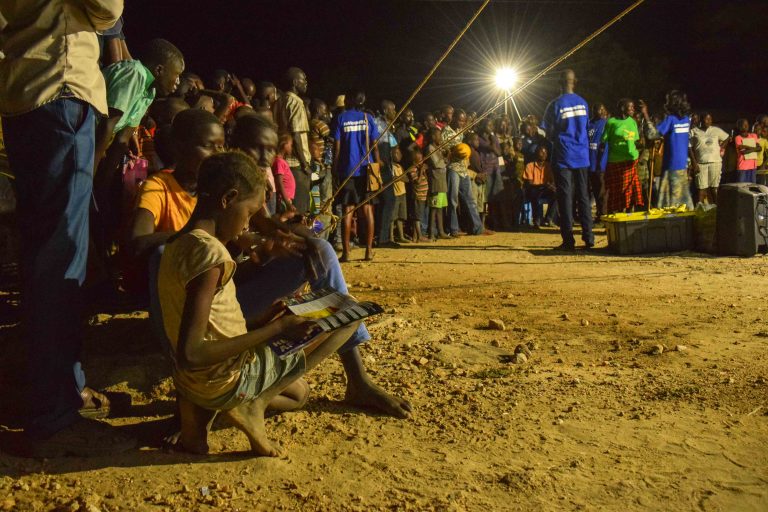 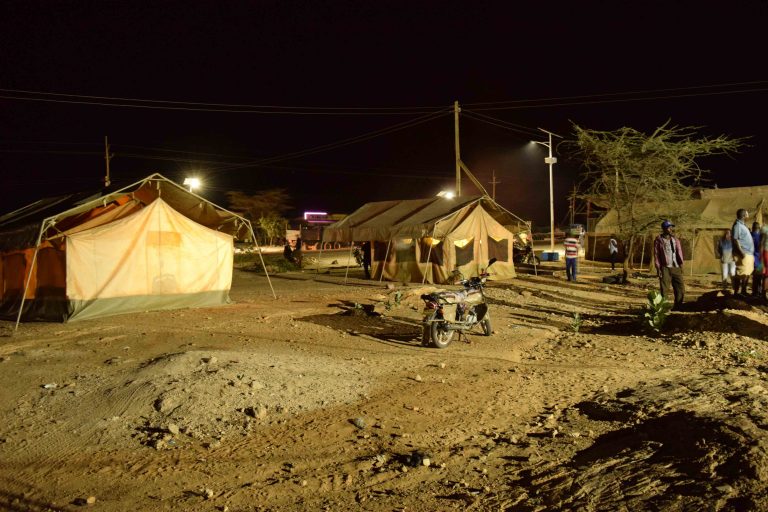 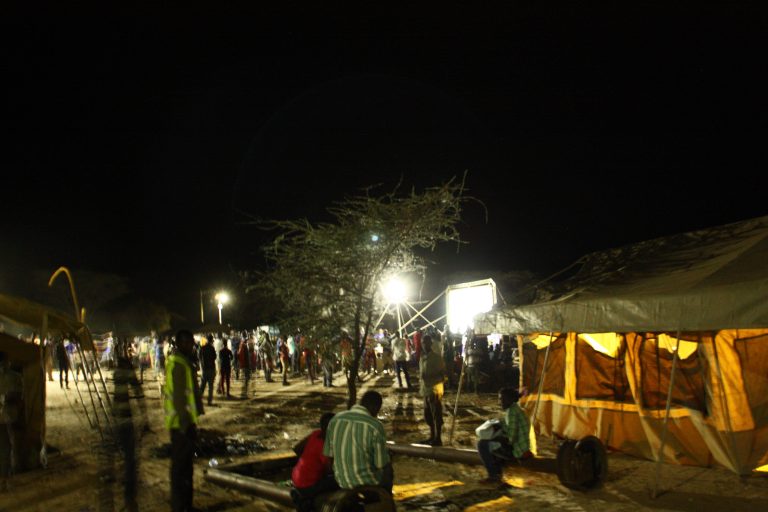