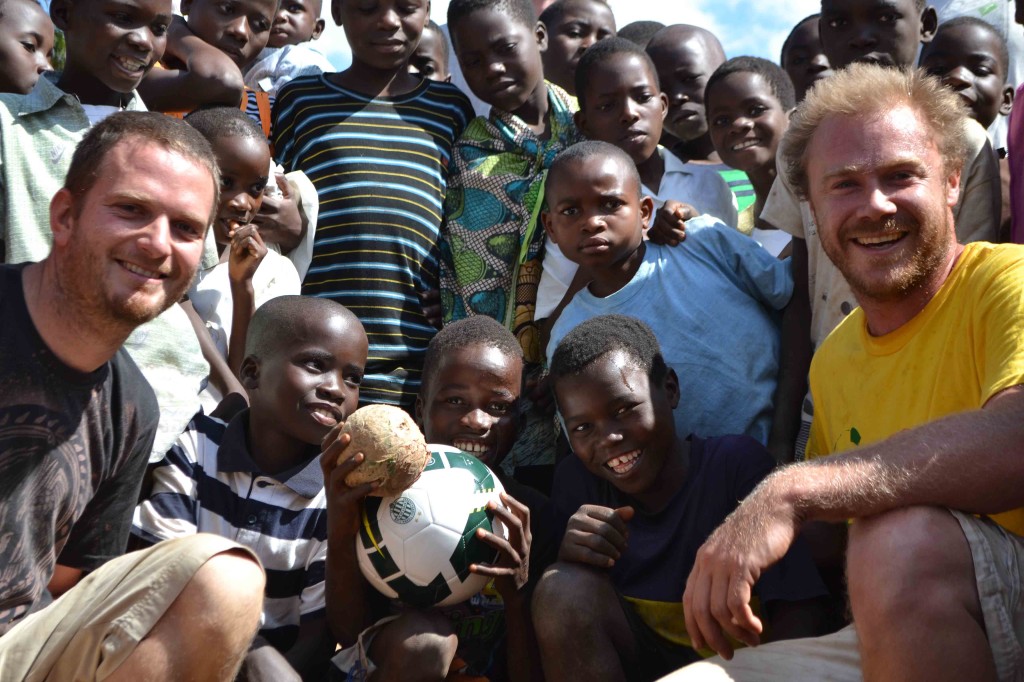 On the way to the Malawi-Zambia border we stopped at a village called Khazakani and took part in an excellent game of four-a-side, which drew quite a crowd, a few of whom acted as referees and linesmen to ensure offsides and corners were correctly awarded. This was one of the most competitive matches so far, as we struggled to contain the opponents’ menacing four-goal target-man (“watch the kid in blue”), and one of our players acquired some impressive blisters from the hard dirt pitch. At the end of the game we exchanged a ball donated by Nike Belgium for the match ball, made from melted plastic by Virtan, 12, and staggered back into the Land Rover. 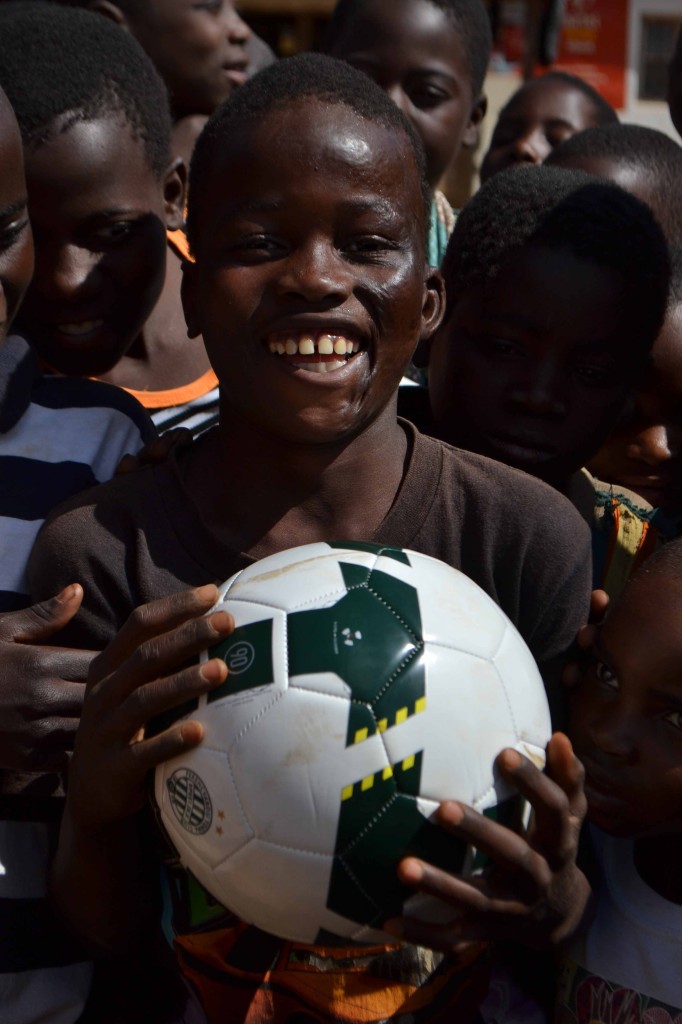